“The content will be a combination of long-form and short-form, in Spanish and English, both scripted and non-scripted,” Boris Gartner, VP and GM of La Fabrica UCI, tells realscreen‘s sister publication StreamDaily. 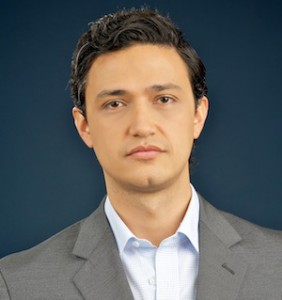 Gartner will lead the venture as it develops programming for Univision’s digital verticals, which includes content hub UVideos.com; music network Uforia; as well as millennial-facing YouTube channel Flama. The type of programming La Fabrica UCI develops through partnerships, acquisitions and in-house development at studios in New York City and Miami, will vary depending on which platform it will be housed on, he says. But the target demo will remain constant: digital-native Hispanic audiences, coveted by advertisers.

“We will have a dedicated team for each of the digital brands and a fully-staffed NYC studio. The majority of the staff will be dedicated to producing content. We will also develop a partner network throughout the U.S. and Latin America,” Gartner (pictured left) says.

An example of one of these partnerships is the recently announced “Variety Latino – powered by Univision,” aimed at providing global entertainment industry coverage to America’s Spanish speakers. VarietyLatino.com is launching Feb. 27 — just in time to provide Oscar coverage in Spanish.