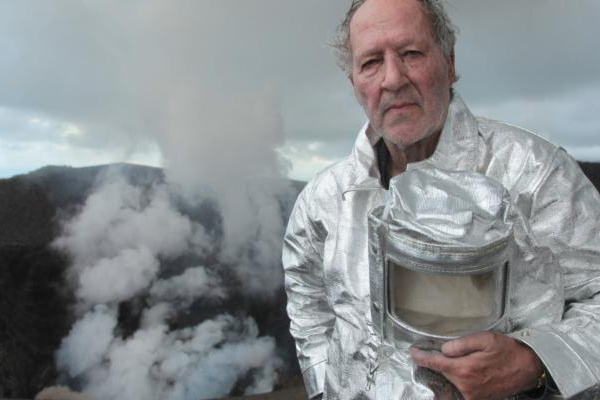 For documentary fans, the thought of Werner Herzog directing a 3D IMAX essay film about volcanos is a juicy prospect.

For film financiers – not so much.

Two years later, Into The Inferno arrives at the Toronto International Film Festival (TIFF) following its world premiere at the Telluride Film Festival as a Netflix project. (It premieres on the SVOD platform Oct. 28).

“Three-D IMAX is expensive and the returns are great, but they take a long time to come in. We started doing this when the ‘recession’ word was still around big time,” executive producer Richard Melman tells realscreen. “We couldn’t put the whole package together in a way that worked for us and for IMAX. We thought, what are the options for doing it as a straight documentary?”

Into The Inferno is one of two auteur-driven natural history docs screening in Toronto this week. The other, Terrence Malick’s Voyage of Time, is screening in both IMAX and traditional theatrical doc versions and, like Herzog’s film, uses scientific fact to springboard into larger philosophical ideas.

Herzog had the idea to make a film about volcanos after meeting volcanologist Clive Oppenheimer 10 years ago during the shoot for his Antarctica doc, Encounters at the End of the World. He teamed up with long-time collaborator André Singer’s Spring Films to develop a project based around Oppenheimer, which would be shot at volcanos around the world that are of both scientific and spiritual significance.

“It’s very much that spiritual side of things that really inspired Werner – and us – not to do your standard wiz-bang film of things exploding,” says Melman. “This isn’t a film about magma chambers and geophysics.”

Melman estimates that shooting 3D IMAX would have added 10 times the cost due to the added time and effort required to trek the camera rigs to the tops of volcanos in far-flung locales in Vanuatu, Indonesia, Ethiopia and North Korea. He hopes next-generation IMAX cameras will make it easier to realize similar projects in the future.

“If we set out to make a film like this in two years time it’ll be cheaper,” he says.

With a 3D IMAX doc looking less likely, Spring teamed up with Toronto-based Matter Of Fact Media and got financing out of CBC to shoot a teaser. The Canadian pubcaster then offered to put up a significant percentage of the budget, but producers were still unable to raise the rest.

“It was getting more frustrating,” says Melman, who then approached Anna Godas of distributor Dogwoof just prior to the 2015 Cannes Film Festival. “We had a screener of the teaser and a treatment. Three days later, Anna phoned up said Netflix wants to do it.”

The SVOD platform wanted global rights in perpetuity, so Spring repaid CBC and proceeded into production.

“We were disappointed not to do it as an IMAX, but we were absolutely thrilled when Netflix stepped up to the plate so quickly and efficiently,” Melman says, adding that the company is the best he has worked with. “They were amazingly hands-off. They were not going to tell Werner how to make a film and that was something we were pretty keen on establishing in the beginning.”

Melman is particularly proud that Herzog, DP Peter Zeitlinger and sound recordist Paul Paragon were able to enter North Korea on a special permit to follow Oppenheimer on a mission to monitor the Mount Paektu, an active volcano in the border region with China.

Into The Inferno will premiere on Netflix Oct. 28. The company is also planning Oscar-qualifying theatrical runs in New York and Los Angeles for later in the year.

“We’re delighted at the number of people who will get to see this film now,” says Melman. “It’s very exciting. Working with Netflix is a whole new world for Werner.”