Canadian pubcaster TVO has unveiled its programming for Canada’s 150th anniversary, including the world premieres of Alan Zweig’s The Lay of the Land and TVO-commissioned Latkes, Ladoos and Laughs. Zweig’s latest ... 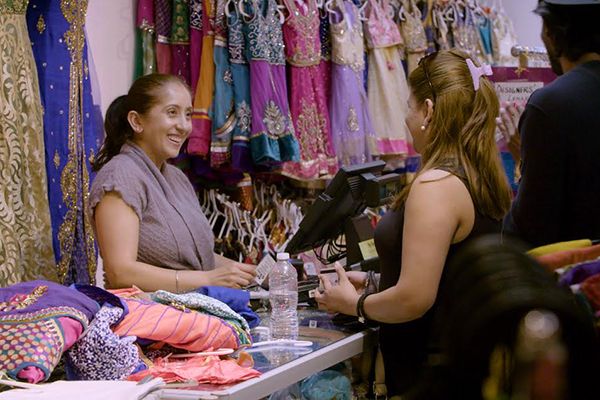 Canadian pubcaster TVO has unveiled its programming for Canada’s 150th anniversary, including the world premieres of Alan Zweig’s The Lay of the Land and TVO-commissioned Latkes, Ladoos and Laughs.

Zweig’s latest documentary, commissioned by TVO from Primitive Entertainment, follows the filmmaker and Inuk heavy-metal rocker Lucie Idlout as they tour Nunavut and explore Canadian attitudes toward First Nations. The film is exec produced by Michael McMahonÂ alongside producers Kevin McMahon and Kristina McLaughlin. The doc will premiere in the fall of 2017.

Proximity Films’ Latkes, Ladoos and LaughsÂ produced by Howard Frailberg for TVO will also world bow on the pubcaster in the fall. The Geeta Sondhi-directed documentary follows Canadian comedians from diverse cultural backgrounds who provide insights into their families and identities while delving into deeper issues like racism and politics.

Following a Feb. 23 world premiere at the Hot Docs Ted Rogers Cinema in Toronto,Â Diana Dai’s My First 150 Days will have its broadcast premiere in the spring on TVO. The documentary, produced by 90th Parallel Productions, follows Melona, a Filipino mother who, after nearly 10 years in Ontario, is sponsoring her children to come live with her in the province. The doc follows the family as they begin their new life in Canada. Gordon HendersonÂ serves as exec producer with Stuart HendersonÂ and Romilla Karnick producing.

Other documentaries making their world premieres are Beevision Productions’Â Village of Dreams (pictured), directed by Nina Beveridge, who produced alongside Paul Hart, which will go to air in the summer; MichÃ¨le Hozer’sÂ The 150 Doc Project, which will premiere in the fall and follows a family of 28 Syrian refugees as they adjust to life in Prince Edward County, Ontario; Charles Ketchabaw and Lisa Marie DiLiberto’sÂ RE: Main Street, which will premiere in the spring, and explores big cities and small towns across the province through a series of 10 short films; and Marc de Guerre’sÂ Family Camera, premiering in fall 2017, which explores some of the first photos taken in the 1840s to today’s Instagram images.