BBC Studios Natural History Unit has given the greenlight to Blue Planet II, a seven-part landmark nature series set to explore the world’s oceans. The successor series to the critically acclaimed Planet ... 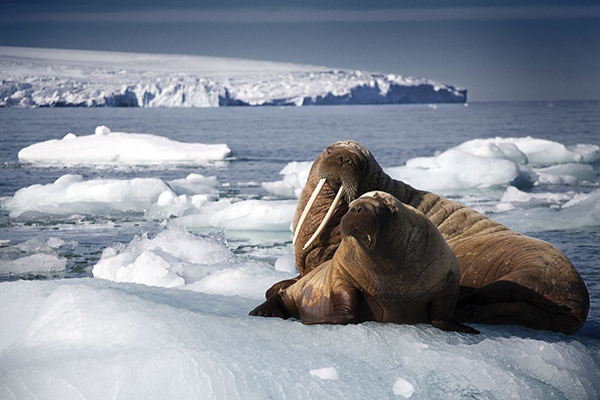 The successor series to the critically acclaimed Planet Earth II, previously announced as Ocean, documents the latest frontiers of scientific discovery by bringing audiences to such landscapes as methane volcanoes erupting in the Gulf of Mexico to create underwater lakes of poisonous brine; the “Boiling Sea” phenomenon in the Pacific Ocean; and 1,000 meters below Antarctic waters.

“In the last decade, the oceans have been shown to be richer than could have been imagined, with more species being discovered than ever before,” said executive producer James Honeyborne in a statement. “Blue Planet II is taking its cue from these breakthroughs, unveiling unbelievable new places, extraordinary new behaviors and remarkable new creatures. Showing a contemporary portrait of marine life in the world’s oceans today, it will provide a timely reminder that this is a critical moment for the health of the world’s oceans.”

The 7 x 60-minute docuseries spent nearly 1,000 hours filming in all of the earth’s oceans and utilizes new filming technologies to capture previously unseen wild behaviours and previously undiscovered species, including 4K UHD tow cams to film predatory fish and dolphins head-on; UHD suction cams planted on the back of large creatures such as whale sharks and orcas; and a motion control rig, used to shoot underwater time-lapse footage.

Never-before-seen wild behaviors include sophisticated hunting between a coral grouper and a reef octopus; giant trevally, a species of large marine fish, catching birds in mid-flight; and a deep dive hunting trip alongside a sperm whale mother and her calf.

World-renowned naturalist and broadcaster David Attenborough will once again narrate the blue-chip natural history docuseries, which serves as a sequel to BBC’s award-winning 2001 series Blue Planet.

The announcement follows the premiere of Planet Earth II on Saturday (Feb. 18) across BBC America in the U.S. and BBC Earth in Canada. New episodes broadcast Saturday nights at 9 p.m. ET/PT.

“Blue Planet II promises to combine the exceptional craftsmanship that our audiences have come to expect from BBC Natural History with genuinely new revelations about the creatures and habitats of the world’s oceans,” added Tom McDonald, head of commissioning for Natural History and Specialist Factual. “I have no doubt it will thrill and delight the audience; and deliver a new benchmark in Natural History filmmaking.”