ITV Studios Global Entertainment and Maramedia have entered into an exclusive first-look agreement thatÂ will see ITVÂ given first option on all of the Glasgow-based producer’s natural history programming. Maramedia comes into the ... 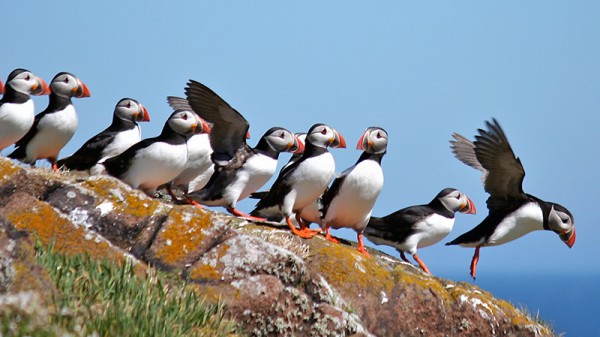 ITV Studios Global Entertainment and Maramedia have entered into an exclusive first-look agreement thatÂ will see ITVÂ given first option on all of the Glasgow-based producer’s natural history programming.

Maramedia comes into the deal, announced at MIPTV on Wednesday (April 5) with its own history in blue chip production. The prodcoÂ is behind the BBC Scotland series Hebrides – Islands on the Edge (pictured), together with its recent sequel Highlands – Scotland’s Wild Heart, narrated by Ewan McGregor. Both series are distributed internationally byÂ ITV. Together, they’ve been sold in more than 100 countires, according to an ITV Studios Global Entertainment statement.

“Maramedia’s longstanding track record in creating hugely popular commercial and award-winning hits in this genre speaks for itself. We are really excited about extending our relationship with them and growing our natural history output to ensure we are offering the broadest range of content to our buyers,” addedÂ Ronan Hand, the division’s head of factual and entertainment acquisitions.

Nigel Pope, Maramedia creative director, said the partnership will allow the prodco to grow its slate of international wildlife production, notably “taking forward a suite of new film projects that entertain and showcase the natural world’s beauty whilst telling important stories about our relationship with it.”