In this week’s round-up, there are new seasons of returning series on MTV, Discovery, Bravo and Animal Planet, amongst others. MTV UK has recommissioned the docuseries Teen Mom UK for a ... 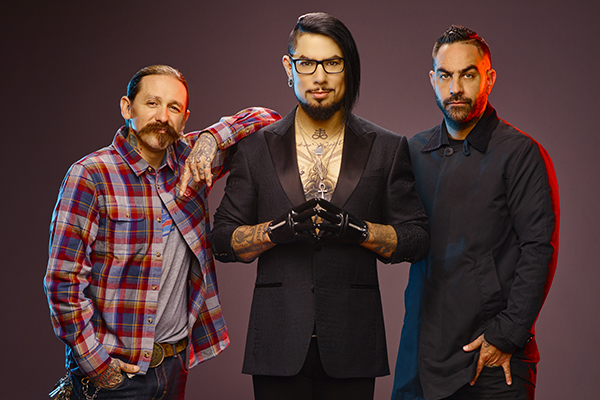 In this week’s round-up, there are new seasons of returning series on MTV, Discovery, Bravo and Animal Planet, amongst others.

The captains of the Bering Sea are back on a new season of Discovery Channel’s Deadliest Catch, which returns April 11 at 9 p.m. ET/PT. Produced by Original Productions — a FremantleMedia company — this year the crabs have seemingly vanished, igniting a grueling hunt to save the fleet’s way of life.

Also on the high seas is the fourth season of the captains and crews of Cold Water Cowboys, which takes place off the coast of Newfoundland. The series is produced by Paperny Entertainment in association with Discovery. Cold Water Cowboys airs April 18 at 10 p.m. ET/PT on Discovery Channel and Discovery Go.

In warmer waters, a new season of Below Deck Mediterranean hits airwaves May 2 at 9 p.m. ET/PT on Bravo Media. The first female captain to the “Below Deck” franchise, Sandy Yawn will lead the crew in across the Mediterranean. The series is produced by 51 Minds.

The Scott brothers are back on a new season of HGTV’s series Property Brothers: Buying and Selling, which premieres April 19, at 9 p.m. ET/PT. Each episode follows contractor Jonathan and real estate expert Drew as they combine their skills to help families tackle their real estate issues.

Random Acts returned for a second season April 3 at 7:30 pm MT on BYUtv. Hosted by Will Rubio, Emilie Starr, Lisa Valentine Clark and Stephen Jones, Random Acts features real people who are the recipients of random acts of kindness.

Spike’s original tattoo competition series Ink Master (pictured) produced by Truly Original, has been renewed for a tenth season and green lit for a new special, Ink Master Angels. Season 10 will go into production later this year and air on the rebranded Paramount Network in 2018.

For four years, the Appalachian Investigators of Mysterious Sightings (AIMS) have fought a tooth-and-nail battle to trap mysterious monsters that threaten the safety of mountain communities. Now, the hunters are being hunted by a masked rival team with ulterior, dangerous motives. AIMS continues their mission to investigate monsters in the American Chainsaws produced, Mountain Monsters, premiering April 8 at 10 p.m. ET/PT on Destination America.

Morgan Freeman returns to host the final four episodes of the multiple Emmy-nominated series Through the Wormhole with Morgan Freeman April 25 10 p.m. ET/PT on Science Channel. Revelations Entertainment produced the series for the channel.

Cat behaviorist Jackson Galaxy is back in a new season of 3 Ball Entertainment produced My Cat From Hell premiering April 29 at 9 p.m. ET/PT on Animal Planet.