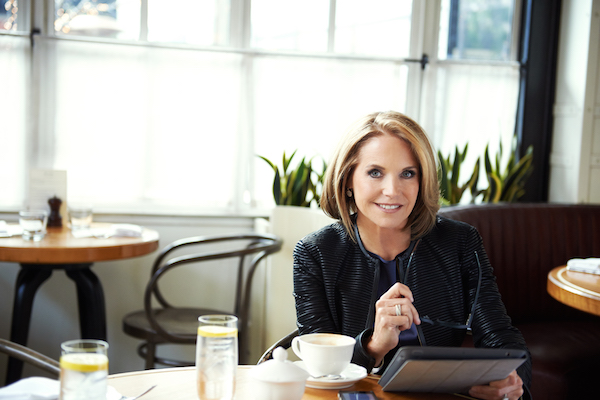 Katie Couric (pictured) returns to the network off the success of her doc,Â Gender Revolution: A Journey with Katie Couric, with a new untitled six-part docuseries that will follow her as she talks with thought leaders who are shaping the most important, controversial and often confusing topics across the globe today. The series is slated to air in 2018.

“We could not be more proud to partner with Katie and her talented production team once again to tell the countless untold stories that help shape and define our nation’s identity,” saidÂ Courteney Monroe, CEO, National Geographic Global Networks. “What we accomplished together with Katie onÂ Gender RevolutionÂ was tremendous, and we look forward to expanding that work into a series that will explore some of the most important issues that shape our world today.”

Nat Geo is also partnering up with Shawn Carter a.k.a.Â Jay ZÂ and The Weinstein Company on a new global six-episode documentary series,Â RACEÂ (w/t), which will give an honest and provocative look into systemic injustices in America.

Inspired by and an extension of issues introduced inÂ Jay Z: The War On Drugs Is An Epic Fail, the series will utilize documentary, animation and archival footage to tell an intimate collection of stories.Â RACEÂ will be produced by The Weinstein Company for National Geographic.

National Geographic’s upfront slate for 2017/2018 also includes the return of the part-scripted/part documentary series MarsÂ with new showrunner Dee JohnsonÂ who will oversee its second season.

Building on the first season of the first human mission in 2033 to Mars, the second season of the show brings audiences back to the Red Planet where the International Mars Science Foundation can no longer solely fund the expedition, creating opportunity for the private sector — Â causing tensions between the original mission-driven scientists and miners sent by a for-profit corporation. MarsÂ (6 x 60 minutes) will air in April 2018.