On tap for this week’s edition of ‘Renewed and Returning’ are new seasons of series on OutTV, BBC1, Discovery, HGTV, TLC and Channel 5.  OutTV has greenlit a third season of ... 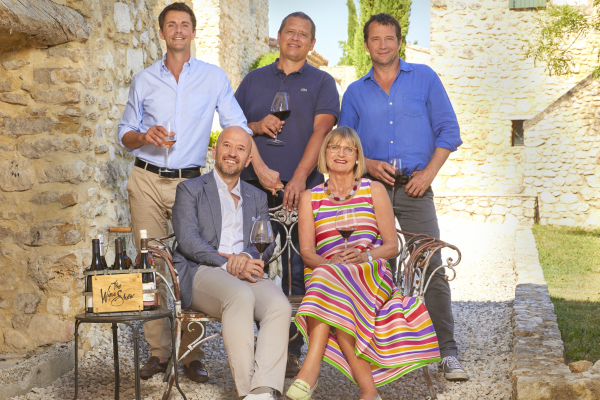 On tap for this week’s edition of ‘Renewed and Returning’ are new seasons of series on OutTV, BBC1, Discovery, HGTV, TLC and Channel 5.

OutTV has greenlit a third season of Boulet Brothers Productions’ drag competition series Dragula. The show gives participants the opportunity to compete for the title of the world’s “next drag supermonster” and features “drag to die for”, challenges and drama. The third season of Dragula will premiere on OUTtv in fall 2018.

BBC1 has commissioned RDF West for another season of Shop Well for Less? The
4 x 60-minute series will be produced out of RDF’s Bristol office. The One Show presenter Alex Jones and BBC Breakfast’s Business correspondent Steph McGovern return to help families change the way they shop without changing their lifestyle.

Discovery Channel’s Killing Fields is back for a third season on Jan. 4 at 9 p.m. ET/PT. In the new season, Discovery heads to Isle of Wight County, Virginia to investigate a brutal cold case. With the case haunting lead investigator Randy Patrick for over a decade, the Isle of Wight County Sheriff’s Office decides to re-open it, using the latest in cutting-edge technology. Under Lieutenant Thomas Potter’s leadership, Patrick works with a team of investigators as well as a young rookie who believes he can bring a fresh take to the case. Killing Fields is produced by Sirens Media.

Whitney Thore returns for a fourth season of TLC’s My Big Fat Fabulous Life premiering Jan. 2 at 8 p.m. ET/PT with a two-hour episode. The series follows Thore as she juggles her career with the demands of her family and friends, in addition to managing her personal struggle with Polycystic Ovarian Syndrome, which added 200 pounds to her petite frame several years ago.

Infinity Creative Media’s The Wine Show (pictured) returns for a second season on UK network Channel 5 in January 2018. This season, the team heads to France where each week they set out from their villa in Provence to discover some of the stories behind the wines of the world. The seven-part series is currently available via Hulu in the U.S.