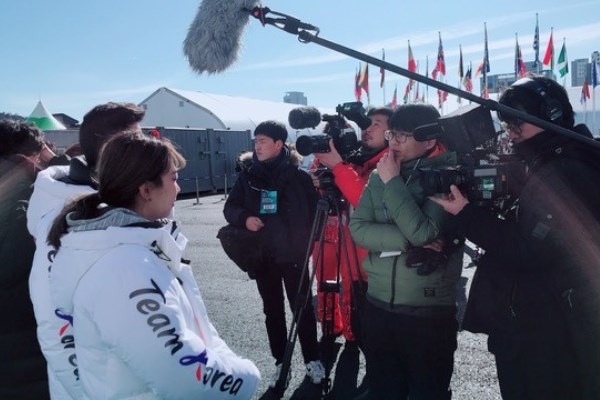 Corus’ Global TV will simulcast the series for Canadian audiences while Nine Network’s multichannel GO! will broadcast for Australia.

“We are delighted that our partners are bringing the first ever U.S. Big Brother: Celebrity Edition to audiences around the world,” said Cathy Payne, CEO of Endemol Shine International, in a statement. “The huge appetite to watch the event series across a variety of platforms is testament to the show’s enduring appeal.”

The three-week run of Big Brother: Celebrity Edition launched in the U.S. last week on U.S. broadcast net CBS. The series is also available for live stream and on-demand viewing via CBS All Access.

Outside of the U.S., full episodes will also be screened on the YouTube channel Big Brother Universe. This marks the first time that full episodes of Big Brother will be available through the newly created hub channel.

Doc filmmaker Yi Seung-Jun has been tapped to direct the official film of the PyeongChang 2018 Olympic Winter Games.

Crossing Beyond (w/t, pictured) will follow select athletes from diverse backgrounds through the 2018 Games.

Each story will delve into the issues of nationality, race, gender and religion that each competitor has overcome.

Seung-Jun is an award-winning Korean doc filmmaker. His feature Planet of Snail won multiple awards, including IDFA’s award for Best Feature-Length Documentary and Silverdocs’ Sterling award for Best World Feature Documentary. It was also nominated for the Muhr AsiaAfrica Award for best documentary at the 2011 Dubai International Film Festival.

Kim Ok-Young will serve as executive producer, while Gary Byung-Seok Kam will produce. Preliminary shooting began during the build-up to the Games. The film is due to be completed in Fall 2018.

The Executive Board of Documentary Campus and the European Documentary Network have named Chris Humphrey as the new head of studies for its Crossing Borders program.

Humphrey will take over from Steven Seidenberg, who is stepping down from the role after a seven-year tenure.

Crossing Borders, which launched in 2010, is a program for media professionals in Europe and Asia looking to access the international non-fiction market. So far, the program has taken place in China, Malaysia, Indonesia and South Korea. This year’s edition will take place in Taiwan, with a call for project submissions to be launched in mid-February.

As production director for A+E Networks Asia, Humphrey has overseen the docudrama, documentary, reality and digital genres for the company.

“Stories are not going away, nor are the storytellers. But the way people consume stories these days is spectacularly different from even a decade ago,” he said, in a statement. “Finding a captive audience has become the number one challenge for independent producers and commercial broadcasters alike. I look forward to working with the CB team in equipping young filmmakers with the mindset and the tools to go out there and tackle this new world head on.”