The Royal Television Society’s Scottish arm, RTS Scotland, has unveiled the winners for the 2018 RTS Scotland Television Awards at a ceremony held last night (May 9) in Glasgow. The awards, ... 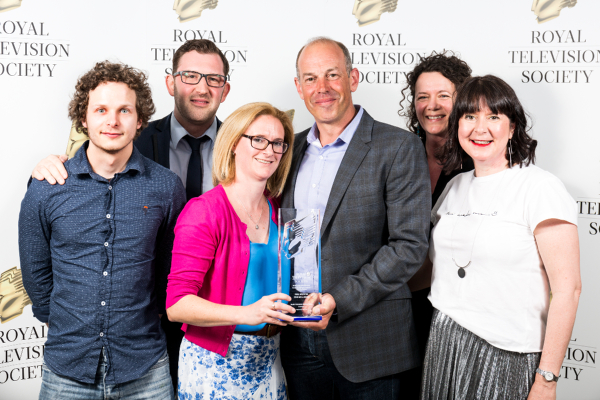 The Royal Television Society’s Scottish arm, RTS Scotland, has unveiled the winners for the 2018 RTS Scotland Television Awards at a ceremony held last night (May 9) in Glasgow.

The awards, which were hosted by STV presenter Jennifer Reoch and comedian and radio host Des Clarke, recognize excellence and innovation across a wide range of genres and crafts of native production.

BBC Scotland was the top winner at this year’s awards show, garnering four awards in the production category. BBC2’s Trust Me I’m A Doctor Mental Health Special was honored in the Documentary and Specialist Factual category, while BBC1 Scotland’s Football Abuse: The Ugly Side of the Beautiful Game took home top prize in the Current Affairs segment.

Elsewhere, Raise the Roof Productions’ Phil Spencer Find Me a Home for Channel 4 won in the Factual Entertainment and Features category (pictured), while Darren Hercher Films’ Sighthill for BBC2 Scotland garnered the top prize in the Documentary and Specialist Factual category.

The Student Television Award for Factual went to Maria Craig, Josefin Dahlin, Hannah McKelvie and Joel Rock from the University of Stirling for their project Hear Me Now.

This year’s factual winners of the RTS Awards appear below, while the full list of winners can be found here.

Factual Entertainment and Features
Phil Spencer Find Me a Home, Raise the Roof Productions, for Channel 4