NEW ORLEANS: Like most executives in the industry, the question of where television is heading in the near future keeps Nancy Daniels up at night. During a keynote conversation at the 2019 ... 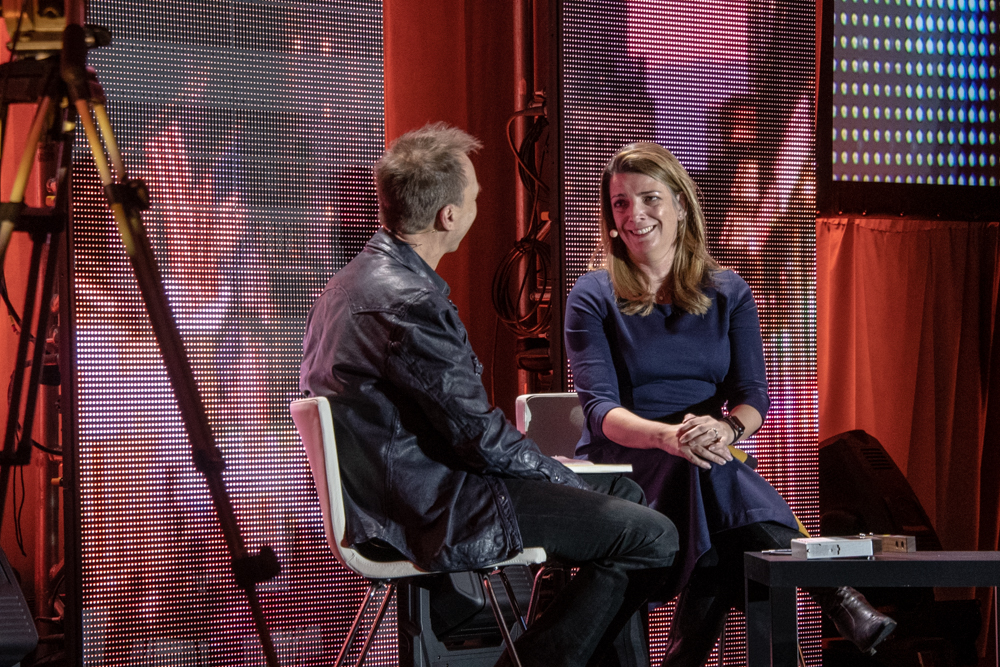 NEW ORLEANS: Like most executives in the industry, the question of where television is heading in the near future keeps Nancy Daniels up at night.

During a keynote conversation at the 2019 Realscreen Summit in New Orleans, Louisiana on Tuesday morning (Jan. 29), Daniels, chief brand officer for Discovery and factual, discussed myriad topical industry issues with moderator Phil Keoghan, host and an exec producer of CBS’ The Amazing Race.

Daniels said she got her start in the business in the early days of cable, in the mid-90s, when the industry was growing exponentially. Later in her career, in the early 2000s, Daniels was at CBS where she said there was a sense that broadcast was dying and cable had won. Working now at a cable net – she has a similar feeling she had all those years ago at CBS.

“Everybody survives. CBS is surviving and thriving,” she said.

However, she pointed out that different platforms play by different rules which “doesn’t always seem very fair” and is what in part keeps her up at night.

She told delegates that heading up a commercial cable net means Daniels and her peers are judged by revenue and programming ratings on a daily basis. Meanwhile, the streamers don’t live and die by ratings and ad dollars – yet. She said streamers also have the advantage of having the space to program a variety of lengths of programs. When content creators want to do something at a specific length at somewhere like Discovery, she said her team tries to make it work, but it’s not “an easy yes”.

When Daniels was turning a struggling TLC network around, she said it was critical to listen to what audiences wanted. One success right out the door for TLC was 90 Day Fiancé. When the third season came out, the network decided it was the right time to do a spin-off. That’s when, she said, the network started “jumping” and gained some stability – but not solely via 90 Day Fiancé.

Daniels admitted to audiences that it’s hard to get anything to “pop through”.

“Honestly, it’s why [with] a lot of us network programmers, you see shows that feel similar. It’s because we know our audience likes those kinds of shows. We are just try to continually deliver it to them,” she said.

Daniels described the move to pull a program off the air when you believed in it as heartbreaking. She understands why some people want to give series a chance with audiences but she said there are pressures of people saying they can’t live with dwindling audiences as they are losing money.

“It’s the business we are in. We have to deliver an audience,” Daniels added.

When asked by about the recent cancellation of live series  Border Live, Daniels explained why the program had been taken off air. With border issues in America being part of the cultural zeitgeist in recent years, she said her team at Discovery thought about putting a program together that would encompass different points of view regarding the situation. Thus, Discovery rolled out the Lucky 8-produced live series.

The program, Daniels admitted, didn’t connect with audiences. Discovery axed Border Live with its last episode wrapping up this past December. The Discovery exec said she realized through the experience with Border Live that people turn to Discovery to escape the hard realities of life.

“We should be giving people hope about the world,” she said. “You should be inspired by the world and [have] a sense of awe and wonder. I don’t think that show [Border Live] had that. I’m proud of what it was – but it just wasn’t that– and audiences were clear that it’s not what they wanted from us.

“You learn from as much at what you fail at as what you succeed at.”