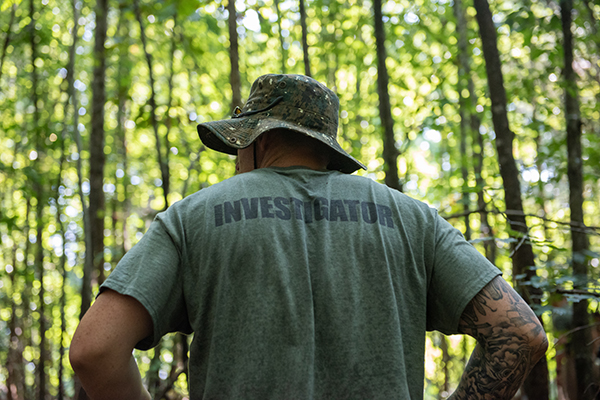 On August 31, 2016, investigators found Kala Brown chained inside a shipping container on former real estate broker Kohlhepp’s property in rural South Carolina. Brown had been reported missing two months earlier after she and her boyfriend Charles David Carver were employed to clean Kohlhepp’s residence. In the days that followed Brown’s rescue, authorities found the bodies of Carver, Meagan and Johnny Coxie buried on the property.

Kohlhepp pleaded guilty to seven counts of murder, among additional charges, and was sentenced to seven consecutive life sentences without the possibility of parole in May 2017.

Produced by Committee Films, Serial Killer: Devil Unchained will chronicle filmmaker and investigative journalist Maria Awes as she sets out to uncover the gruesome details of Kohlheep’s notorious crimes that span three decades.

With exclusive access to Kohlhepp behind bars, the limited series aims to reveal the merit behind the modern-day serial killer’s claims of more victims. With the help of former FBI profiler John Douglas and Kohlhepp’s own biographer, Gary Garrett, Awes interviews Kohlhepp’s family, as well as his victims and their families, in an attempt to unearth the early warning signs that might have helped stop a killer in his tracks.

“With unique access to this convicted murderer and rapist, Serial Killer: Devil Unchained reveals the disturbing truth behind the depraved mentality of a monster,” said Henry S. Schleiff, group president of Investigation Discovery, Travel Channel, American Heroes Channel and Destination America, in a statement. “This limited series slowly unveils the shocking extent of this serial murderers’ crimes, exposing the depth of his evil, while revealing instances where early warning signs might have prevented multiple gruesome and tragic deaths.”

Check out a trailer for the series below: