Discovery-owned Science Channel has set an early September debut for the investigative docuseries Secret Nazi Ruins from Toronto’s Go Button Media. The series will seek to dig up mysteries from some of ... 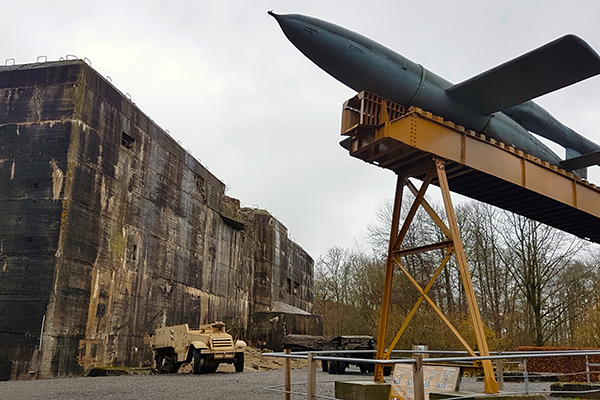 The series will seek to dig up mysteries from some of the most covert of Adolf Hitler’s World War II projects, as experts dissect and reveal the purpose and technical design behind each shadowy structure – from tunnels to towers, artillery sites, resistance nests and communication centers.

Among the various sites examined throughout Secret Nazi Ruins are the recently excavated Maisy Batteries, a large group of artillery batteries constructed by the Nazis; Dag Bromberg, a Polish base hidden in a forest; Bergkristal, a bunker and network of tunnels in the heart of Austria with mysterious levels of radiation; a peculiar mansion on a remote beach in the Canary Islands; and Kraftwerk Nord West in northern France, one of the largest Nazi bunkers ever constructed.