Harlem-based prodco Firelight Media, founded by Peabody- and Emmy award-winning filmmaker Stanley Nelson, has bolstered its creative division ahead of its 20th anniversary with the promotion of Loira LimbalÂ and the ... 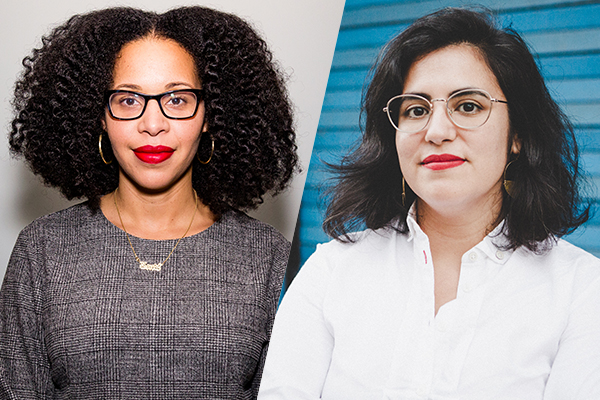 Harlem-based prodco Firelight Media, founded by Peabody- and Emmy award-winning filmmaker Stanley Nelson, has bolstered its creative division ahead of its 20th anniversary with the promotion of Loira LimbalÂ and the appointments of Monika Navarro and Keith Brown.

Limbal (pictured left), who currently serves as Firelight’s documentary lab director, will now become SVP of programs and will work to launch new platforms that will support marginalized filmmakers of color in various stages of their careers.

In addition, Limbal will also manage the development of organizational partnerships and funding initiatives, along with Films by Firelight, the company’s Harlem screening series that showcases a range of docs directed and produced by Doc Lab fellows and alumni.

Navarro (right), meanwhile, has joined the company as senior director of artists’ programs. In the role, she will be responsible for leading Firelight’s existing artists’ support programs, including the Documentary Lab, its signature mentorship program for the next generation of non-fiction filmmakers of color.

Additionally, Navarro is tasked with overseeing the expansion of Firelight’s nascent Groundwork initiative, a regional program established for early-stage filmmakers in under-resourced areas of the U.S. and its territories.

Prior to Firelight, Navarro was senior director of programs at Tribeca Film Institute and senior manager of content and initiatives at ITVS.

Firelight has also hired former HLN executive Keith M. Brown as EVP of content. He will be focused on expanding the indie film studio’s content across public television, streaming and broadcast channels.

Brown is also responsible for developing and overseeing Firelight’s current production slate, including Nelson’s forthcoming projects in Creating the New World, a four-part PBS docuseries on the transatlantic slave trade, and a four-hour documentary on infamous NFL quarterback Michael Vick for ESPN’s ’30 for 30′ banner.

Brown most recently served as SVP of programming for HLN and prior to that was SVP of news and documentaries for BET Networks.

“As we look forward to Firelight’s 20th anniversary in 2020, we view these new senior staff positions to be emblematic of our expanded capability as a production company that also offers unique programs to support diverse artists and underrepresented communities in media,” said Nelson in a statement. “We’ve always seen the value in using our resources to pay it forward and develop a community of diverse filmmakers, and harness the power of our stories to educate, engage and inspire all kinds of audiences.”