Knoxville-headquartered prodco Jupiter Entertainment, a subsidiary of Sky,Â has inked an overall partnership with multi-platform media company All Def. Under terms of the deal, Cedric J. Rogers and Shaun Newsum (pictured), founders ... 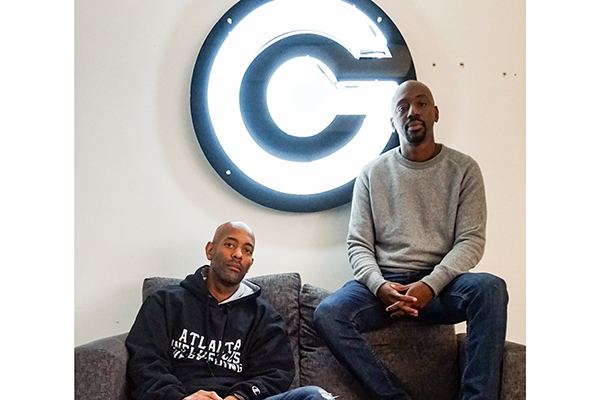 Knoxville-headquartered prodco Jupiter Entertainment, a subsidiary of Sky,Â has inked an overall partnership with multi-platform media company All Def.

Jupiter’s Reardon and Spry have a long history of working in this space, with Reardon having previously served as head of television and film for Roc Nation, where he shepherded the Peabody Award-winningÂ Time: The Kalief Browder StoryandÂ #FreeMeek, among other projects.Â

All Def, which was founded by Russell Simmons, serves as a digital media platform that utilizes the power of comedy, hip-hop and social justice. The company was acquired late last year by Culture Genesis.

Currently, the two companies are adapting music formatÂ The Crate, which challenges music producers to create a beat on the spot with random objects; andÂ Bar Exam, which features hip hop artists guessing the performer of a song based on a handful of lyrics.Â Â

In addition to the aforementioned projects, All Def’s slate includes the comedic seriesÂ Dad JokesÂ and the hip hop music formatÂ Traffic Jams.

“All Def and Culture GenesisÂ have a history of producingÂ authenticÂ contentÂ that promotes BlackÂ culture,” said Reardon in a statement. “There’s a clear and immediate need for more quality programming that amplifies the voices ofÂ diverse creators. Through this partnership we hope to create a wealth of content across all platforms thatÂ supports that mission.”

“Having a TV production partner of Jupiter’s caliber is critical to the continued success of our vision of elevating both our amazing talent and our content,” added Newsum. “We couldn’t ask for better partners as we bring our slate of hit shows to TV.”