ï»¿Realscreen Live ’20: What we learned in a keynote with HBO Max’s Jennifer O’Connell

Realscreen Live returned Thursday (June 18) for a keynote conversation with HBO Max’sÂ Jennifer O’Connell, EVP of original non-scripted and kids. The event was hosted by Brian Tannenbaum, a member of ... 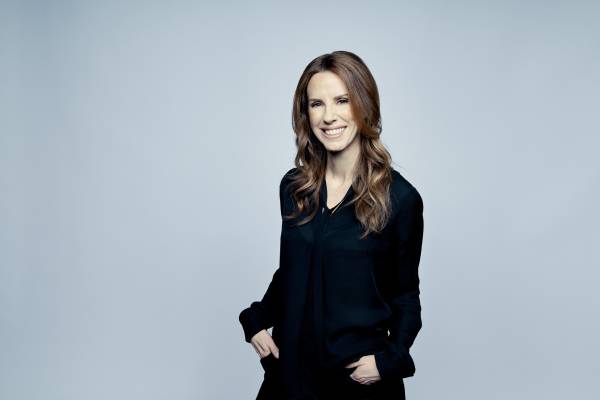 Realscreen Live returned Thursday (June 18) for a keynote conversation with HBO Max’sÂ Jennifer O’Connell, EVP of original non-scripted and kids. The event was hosted by Brian Tannenbaum, a member of the content team at short-form streamer Quibi.

WarnerMedia’s direct-to-consumer service,Â the latestÂ high-profile entrant to the streaming landscape, rolled out May 27 with a roster of unscripted series and documentaries.Â

“It’s important to be inclusive, that’s a huge part of it and we’ve been talking a lot about that recently,” she says. “We wanted all kids. It doesn’t matter where they live, what they look like, what religion they are. We wanted them to be represented.

“Authenticity is always important… Being able to figure out who’s in it for the right reasons is tricky, but that’s what we’re always going for. And, obviously, you want people who aren’t going to be putting up walls when you’re shooting. You need people who are going to be transparent, going to be open with their feelings and are there to share who they are as a person. It’s pretty straightforward, but sometimes its hard.

I’d rather push production, pay a little bit more, to get what feels like the right mix.”

When it comes to the streamer’s key demographic, O’Connell says HBO Max is creating series that grab the attention of Gen ZÂ and Millennial audiences.

“Gen Z and Millennial are both important,” O’Connell explains. “On the younger Gen Z front, we’re doing some multi-cam comedies that we think will appeal to them. Then if you look at the older Gen Z group, I think a lot of what we’re doing should appeal to them already. [We’re] really looking for, ‘What are those authentic stories we can tell?’

Seeing Gen Z and Millennials — but especially Gen Z — in their natural habitat is really a key thing. And we have a lot developing there.”

“There’s something buzzy about all of those,” O’Connell says. “Selena? Big talent. Hot Dog? Who doesn’t want to look at really fun dogs that are being groomed with weird and elaborate and creative styles? It’s like the Instagramable show.

Generation Hustle speaks to older Gen Z and younger Millennials who have this thirst for being hugely successful quickly, doing it on their own, being scrappy.”

Tannenbaum shifted the conversation to discuss HBO Max’s buckets, and what types of non-scripted content the streamer is after.

“We are open to dating, we are open to competition. When it comes to competition, we’re not really doing shiny floor, big studio shows that feel like network shows. There are other places that do that really well. We’re a little bit more into bringing that competition into the real world,” O’Connell says.

“We want to do competitions about things that are real that might be a little eclectic, that might be a subculture, that might be super specific and feel niche, but I think the beauty of being a streaming platform is that you can do that. You can go there. I would say also we want to do more in the lifestyle space. We have some in that world but guess what? Would love to have a real estate show that could become a huge volume play.”

5. Gearing up for post-COVID production

The industry largely came to a standstill since the onset of the COVID-19 pandemic, and Tannenbaum asked how the production shutdown impacted HBO Max — including how the streamer is navigating this new terrain.

“We’ve had to put some things on hiatus. Luckily and happily we’re looking at gearing back up on those now. There’s definitely light at the end of the tunnel,” O’Connell says.

She adds that the streamer has found opportunities with Selena Gomez quarantine series and the scripted special Homeschool Musical: Class of 2020.

“We go into production very very soon [on Homeschool Musical]. And, again, going into production in a very safe way and taking advantage of what we know we can do to protect people and what we can’t. And we’re looking at these limitations as an excuse to figure out how to be creative about what we do, whether its through technology..”

Capping off the discussion, Tannenbaum presented O’Connell with a “speed round” of questions, predominately aimed at producers looking to pitch content for the nascent streamer.

Tannenbaum then asked how developed shows need to be prior to being pitched.

“If it has to do with a group of people and its a docusoap, you have to bring the cast to the table. Don’t tell me you want to do something in the hairdressing world without that amazing place or group of people,” O’Connell says.