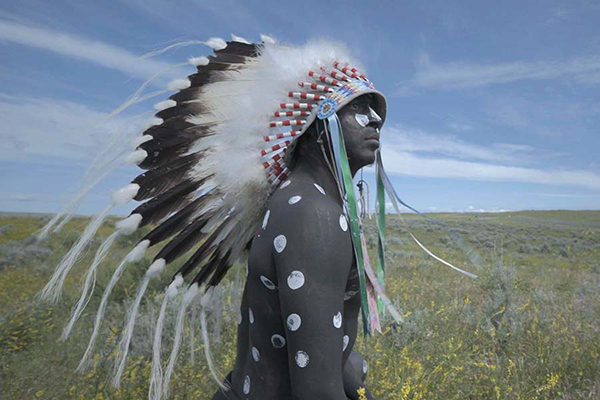 The 90-minute film (pictured) examines the ongoing colonization of Indigenous peoples in North America, and the relationship between Natives and non-Natives throughout history. The doc is based on Thomas King’s award-winning 2012 study, The Inconvenient Indian: A Curious Account of Native People in North America. King also serves as the film’s narrator.

“Michelle Latimer’s documentary is a deeply thought-provoking adaptation of Thomas King’s classic non-fiction book. It is a scorching indictment that interrogates the narratives we tell about ourselves and whose humanity is valued in that exercise,” said the jury in a statement. “Expansive yet pulsing with energy and life, it ponders big questions and harkens the coming of a new era of truth and reclamation.”

Nicolás Pereda’s ​Fauna, which unpacks the influence of violent stereotypes in popular culture on the Mexican psyche, received a special mention in the category.

Special mention was provided to Congolese filmmaker Dieudo Hamadi for his feature-length documentary Downstream to Kinshasa. The 90-minute film follows a group of victims of the Six-Day War in the Democratic Republic of Congo that saw Rwandan and Ugandan forces clashing in a conflict that was part of the bloody Second Congo War.

“TIFF 2020 was a year we won’t soon forget,” said Cameron Bailey, TIFF artistic director and co-head, in a statement. “Over the last 10 days, we have experienced community in the truest sense. The pandemic hit TIFF hard and we responded by going back to our original inspiration — to bring the very best in film to the broadest possible audience and transform the way people see the world through film.

“We heeded the urgent calls for greater representation of under-represented voices. And we watched as audiences embraced cinema’s ability to transport them through screens of all sizes by joining us online from all over this country — something that we would never have seen in previous years. TIFF delivered on its promise to provide Festival-goers and the industry with impactful programming. We are very proud of what the TIFF team accomplished.”