Few (epidemiologists aside) could have predicted the turbulence of 2020, a year that brought about monumental change — welcome and unwelcome — to the non-scripted screen community, and the world.Â As ... 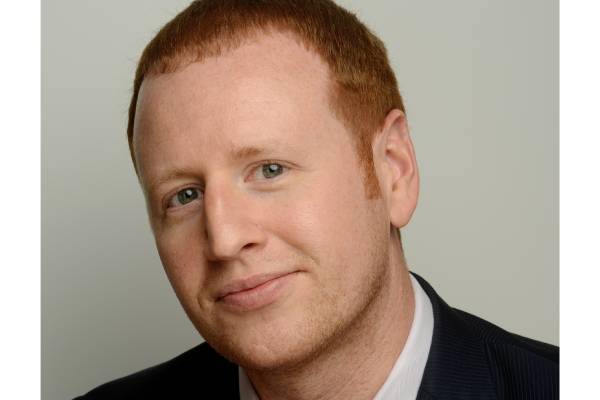 Few (epidemiologists aside) could have predicted the turbulence of 2020, a year that brought about monumental change — welcome and unwelcome — to the non-scripted screen community, and the world.Â As the novel coronavirus put the TV and film industry on pause, stakeholders across all sectors re-calibrated — as Realscreen covered in ‘Weathering the storm‘ — and, as we heard in ‘Back to business,’ returned to the job with a new playbook.Â

Now, with ‘Outlook,’ Realscreen is turning the page on a difficultÂ year, and looking onward to 2021. Here, you’ll hear from execs in various sectors about the challenges and opportunities they foresee for the industry in the year ahead. In this first edition of the series, we speak to Alec Shankman, co-managing partner of Los Angeles-, New York- and UK-based A3 Artists Agency.Â

The pandemic accelerated the appetite for unscripted from audiences and buyers alike. How has that been reflected on the agency side, and how much of A3’s focus is on unscriptedÂ and alternative programming as we look ahead to 2021?

Alec Shankman: The appetite for unscripted has remained very strong. We’ll ultimately end up having as good of a year, if not better of a year, in unscripted than we’ve ever had. I do envision this actually being a growth year for us — and all in spite of the pandemic, which obviously, [has impacted] even unscripted.

What are some of the trends you’re seeing in unscripted content that will be at the forefront in 2021, and how is that guiding the long-term approach you’re taking with clients?Â

AS: We’ve certainly seen a very big increase in the appetite for diversity, both in front of and behind the camera. We’re seeing a lot of prioritization being given to talent who represent underrepresented communities — not only as part of the Black Lives Matter movement but, frankly, diversity in general, which has been incredible. We’re seeing the same as it relates to showrunners and producersâ€¦ I see that carrying very much into 2021 and beyond.

It’s been an interesting year because shows that historically have been really easy but involve travel or involve large groups of people or interacting with the public or large studio audiences — those are [now] pretty difficult. So [there is opportunity for] shows that can be nimble, that can be shot outside with small groups, without travel, perhaps, without studio audiences — but all the while, not coming across as “COVID-friendly shows.”

It doesn’t seem that the buyers are looking for shows that are obviously trying to work around COVID. It is still easier if you can create projects that don’t lean quite as heavily on things that are still very difficult, like travelâ€¦ No one’s looking at greenlighting shows that rely heavily on those, or that really need a lot of interaction with all sorts of people. That’s still very challenging. But if you can pull off a great show with a great cast — ideally with some level of diversity — and not cross over into areas that are difficult for the foreseeable future due to COVID, then you’re headed down the right path for sure.

What are your thoughts on the buying and commissioning market right now, and how it’s affecting your clients?

There are more buyers than ever at this point.

Discovery seems to be launching their direct to consumer solution, which is all of a sudden the new buyer, and Peacock is up and running, which is a new buyer, and YouTube Originals is very active, Facebook Watch is very active, Netflix is buying an unbelievable amount of shows. And then you still have all of the other networks that you’ve always had. The bar is higher, arguably, than it’s ever been, as far as what constitutes a good show and what folks are getting behind and supporting, but as long as it’s a good show with solid talent and great creative, there’s a great number of buyers and it’s a really healthy marketplace.

Are you seeing more projects being led by A-list talent as executive producers?Â Or are A-list stars more interested in unscripted given the slowdown in scripted?

I wouldn’t say that the executive producer ranks of A-listers has grown meaningfully from my perspective. I mean, it’s always certainly been a factor, and I think over the years of unscripted — at least that I’ve been doing thisÂ — we’ve seen these shops from folks from Ashton Kutcher to Tyra Banks and even [The Springhill Company] with LeBron James that are these really amazing and dynamic companies that have a ton of development and a lot getting sold. But I wouldn’t say that number has grown substantially because of COVID. I would say that we’ve seen a lot more celebrities crossing over into the digital realm and creating content digitally and monetizing their socials more than ever before, which I imagine could at least be somewhat attributed to changes in ways that people make revenue.

How are you working with clients right now to prepare them for the uncertainty of next year? What are some of the biggest challenges you’re preparing for in 2021?Â

We are advising everybody to be very mindful of the growing importance of inclusion and diversity, as it relates to new projects. That’s certainly a big, big [area] that we are making sure to communicate.

We’re making sure that people account for the state of the world at this point. Even the best idea or the most innovative concept for travel or out in the field interaction — it’s hard to sell right now. Even though the networks may tell you that they’re trying to look past COVID, they still can’t actually allocate a huge amount of money to something that is uncertain… We’re just making sure people are aware of what’s happening and accounting for all of that as they put development together. Beyond that, I would say business as usual — finding great characters and great formats and accounting for the fact that people are consuming content slightly differently. They’re there. They are watching streamers in a way that’s at a level and quantity that we’ve never seen before. So that’s pretty exciting.

Many agencies experienced layoffs throughout the pandemic. Is the sector on more stable ground going into next year?Â

It’s a good question. I mean, I’ve been genuinely blessed that the company that I work at hasn’t done that. We’ve been in this amazing place where we haven’t had our salaries reduced and we haven’t done those big layoffs and and honestly, for the most part, we’ve been growing, we’ve added a substantial number of staff, even a new division to our team, and so at A3 it’s nice to have been insulated from that in general.

From the “industry as a whole” perspective, the truth is a lot of key areas of revenue, like touring music and comedy, Broadway and even feature films that either were entirely shut off or still are entirely shut off, that’s not fixed yet… I think [for] the agencies that rely very heavily on those business models, it’s going to continue to be a problem, because that revenue is hard to make up for.