NBC has picked up the 10-episode series Family Game Fight with Kristen Bell and Dax Shepard set to host and Ellen DeGeneres executive producing. Each hour-long episode of the series will ... 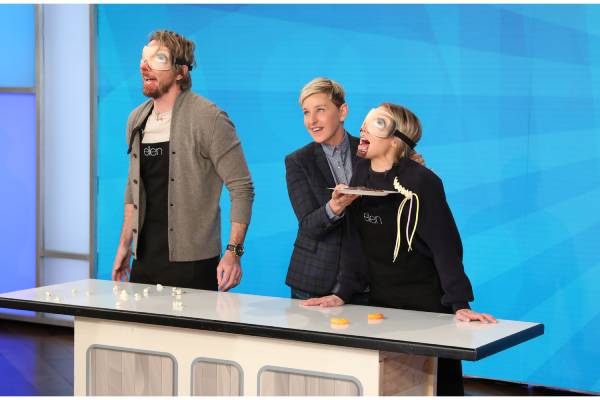 Each hour-long episode of the series will see married couple Bell and Shepard part ways and be “adopted” into a family of four as they compete in a series of games with a cash prize up for grabs.

The series — inspired by the couple’s antics on The Ellen DeGeneres Show (pictured) — is produced by DeGeneres’ A Very Good Production and Warner Bros. Unscripted Television’s Warner Horizon division, in association with Telepictures.

“NBC is thrilled to be the network bringing Kristen Bell and Dax Shepard together to host a game show for the first time,” said Jenny Groom, EVP of unscripted content, NBCUniversal Television and Streaming, in a statement. “We’ve been wanting to work with them as a duo for years… Family Game Fight was born out of the true competitive, yet playful and loving spirit Dax and Kristen have toward each other. We’re excited to work with them as on- camera talent and side-by-side as producing partners.”

The greenlight comes a month after NBC revealed it would be bringing BBC format The Wheel to U.S. audiences with a 10-episode series order.

Based at Warner Bros. Television Group (WBTVG) with an exclusive multiyear deal, A Very Good Production produces the nationally syndicated daytime talk show The Ellen DeGeneres Show and develops television projects for all divisions of WBTVG, including scripted, as well as NBC’s Ellen’s Game of Games and NBC talent show Little Big Shots.