Two feature documentaries focusing on the life and career of former New York mayor and Donald Trump advisor Rudy Giuliani are on the way. MRC Non-Fiction and Rolling Stone Films are ... 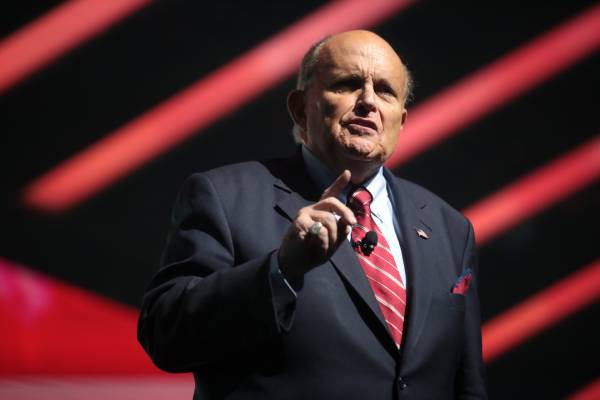 Two feature documentaries focusing on the life and career of former New York mayor and Donald Trump advisor Rudy Giuliani are on the way.

MRC Non-Fiction and Rolling Stone Films are in production on a feature doc based on the 2020 Rolling Stone article “What Happened to America’s Mayor?” by Seth Hettena. It will be directed by Oscar-nominated Zach Heinzerling (Cutie & The Boxer) and two-time Emmy winner Gabrielle Schonder (The NRA: Under Fire).

Slated for a 2022 release, the film reflects on how the reputation of the attorney and politician (pictured), once christened “America’s Mayor,” has transformed in recent years.

“Zach and Gabrielle are both thoughtful storytellers who have had incredible success telling rich stories about complicated characters,” Amit Dey, head of MRC Non-Fiction, said in a statement. “Of all the things one can say about Rudy Giuliani, ‘complicated’ may be an understatement but Seth’s article captured the essence of what we believe is a true American epic, from Flatbush to Four Seasons Landscaping, regardless of where it ends.”

MRC Non-Fiction works with a group of artists to develop, finance and produce feature documentaries and docuseries. A division of MRC, the unit’s slate also includes Edgar Wright’s The Sparks Brothers, which had its world premiere at Sundance, and The Last Rider, which tells the story of legendary cyclist Greg LeMond, from acclaimed director Alex Holmes.

Meanwhile, Wheelhouse-backed Campfire Studios is also prepping a documentary on the polarizing figure.

Campfire is bringing together the same team for its film that collaborated on Hulu’s WeWork: Or the Making and Breaking of a $47 Billion Unicorn, which premiered at South by Southwest this year. The team includes Academy Award-nominated filmmaker Jed Rothstein as director whose other credits include The China Hustle and Killing in the Name.

Campfire’s Giuliani documentary will be fully financed by Olive Hill Media, and will be based on Forbes‘ long-time reporting on the former New York City mayor.