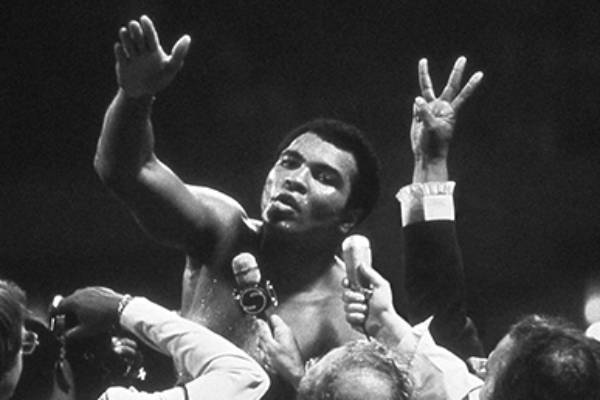 A new four-part documentary on legendary boxer and civil rights activist Muhammad Ali, directed by filmmaker Ken Burns, will debut on PBS this fall, the network announcedÂ  today (May 12).

Burns and the filmmakers behind Muhammad AliÂ will use archival footage and photographs, contemporary music, and the insights of eyewitnesses including family and friends, journalists, boxers and historians. The series covers Ali’s story including his most famous fights against rivals like Joe Frazier and George Foreman, along with his principled resistance to the Vietnam War, his commitment to his Muslim faith and his relationships with Elijah Muhammad and Malcolm X.

“Muhammad Ali was the very best at what he did,” Ken BurnsÂ said in a statement. “He was arguably America’s greatest athlete, and his unflinching insistence that he be unabashedly himself at all times made him a beacon for generations of people around the world seeking to express their own humanity.”

PSB and The Undefeated, ESPN’s multimedia platform that covers the intersection of sports, race and culture, will hold a series of virtual conversations with Burns about sports and race in the U.S. The events will include sports and entertainment figures, scholars and writers, and further examine Ali’s life and career in the context of the world today.

PBS LearningMedia is also planning to build out educational materials focusing on the intersection of race and sport in America in the 20th century.

“Muhammad Ali remains one of the most iconic figures in American history. He has been studied and modeled and quoted extensively, and his life’s story is central to understanding the modern Black athlete and this period of activism and social change that The Undefeated has been privileged to chronicle,” said Raina Kelley, vice president and editor-in-chief of The Undefeated.

Co-producers on the project include Stephanie JenkinsÂ and Tim McAleer, with Joe Siegal associate producing. The executive in charge of the project from WETA is John F. Wilson. The series is narrated by Keith David with Buddy Squires working as the cinematographer. Jahlil Beats provided original music for the project.

Burns previouslyÂ delved into the life of another boxer in his 2004 film Unforgivable Blackness: The Rise and Fall of Jack Johnson,Â about the first African American heavyweight champion.

TheÂ Ali series comes not long after filmmaker Grace LeeÂ penned an essay for the Ford Foundation’s Creative Future series questioning the exclusive and expansive relationship PBS has with BurnsÂ compared to whatÂ the pubcaster has offered to filmmakers from more diverse backgrounds. A letter from Beyond Inclusion, a Black, Indigenous and People of Color (BIPOC)-led collective of non-fiction filmmakers, executives and field builders, questioned why Burns has had a decades-long exclusive relationship with the publicly-funded network that has included some 211 hours of programming over 40 years.

The letter asked for specific data to demonstrate PBS’s commitment to diversity including the number of hours of PBS non-fiction TV directed or produced by BIPOC filmmakers versus white filmmakers in the last decade, and diversity stats within PBS corporate and member station management.

In a statement toÂ Realscreen responding to the letter, a PBS spokesperson had said: “While we have a strong foundation of inclusive programming, we recognize that there is more to be done, and we welcome ongoing dialogue on this critically important issue,” the statement continued.”