Entertainment One has picked up the international licensing rights (excluding the UK) to the new feature documentary Joni Mitchell: 50 Years of Blue. The doc promises a definitive look at Mitchell’s ... 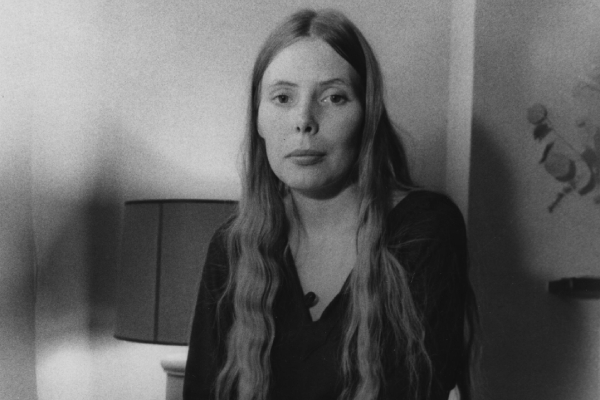 Entertainment One has picked up the international licensing rights (excluding the UK) to the new feature documentary Joni Mitchell: 50 Years of Blue.

The doc promises a definitive look at Mitchell’s life and career, while also highlighting the importance of her landmark 1971 album Blue, which celebrated its golden anniversary this summer.

The film is directed by BAFTA winner Teresa Griffiths (Capturing Lee Miller, Sylvia Plath: Inside the Bell Jar) and produced by Lonesome Pine Productions for BBC2 in the UK. It highlights the drive and determination behind Mitchell’s global success, charting her life and career up to the point in 1970 when she began writing and recording what was to become Blue, and the life she’s lived in the 50 years since. 50 Years of Blue explores the background to the recording of Mitchell’s iconic fourth album through archive footage, never-before-heard interview material with the singer-songwriter herself, and new interviews with collaborators Stephen Stills, Graham Nash, Russ Kunkel and James Taylor.

“This immersive documentary is sure to move audiences who fell in love with this iconic artist and those who are discovering Joni Mitchell’s work afresh today,” said Noel Hedges, EVP, acquisitions, international distribution for eOne in a release.

Joni Mitchell: 50 Years of Blue is part of eOne’s factual slate of premium unscripted content for clients around the world. Some of the company’s recent offerings include the international Emmy-winning Inside China, from Hardcash Productions; The Highland Vet, which launched on 5Select in the UK to record ratings; and Arctic Vets, which is currently in production on season 2 in Canada.