Vice TV, part of Vice Media Group, has announced that it is partnering with Dwayne Johnson and Dany Garcia’s Seven Bucks Productions and the creators of the hit Vice series Dark Side ... 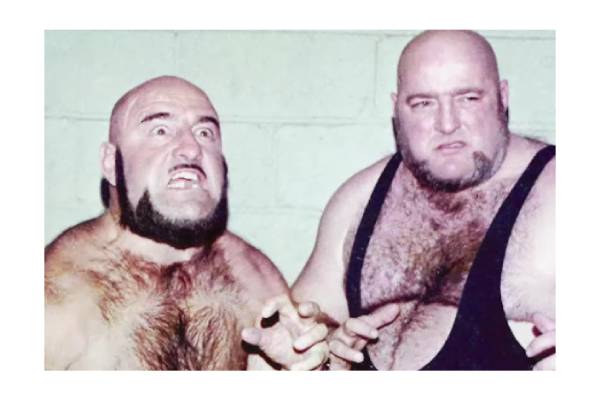 Vice TV, part of Vice Media Group, has announced that it is partnering with Dwayne Johnson and Dany Garcia’s Seven Bucks Productions and the creators of the hit Vice series Dark Side of the Ring, Evan Husney and Jason Eisener, for the wrestling-focused documentary series Tales from the Territories, which premieres on the network on October 4.

The series chronicles an era of wrestling prior to the cable TV–driven boom times of the 1980s, when the business was built around regional organizations across the U.S. and Canada. Known as “the territories,” these local scenes were dominated by unscrupulous bookers, rabid fans who believed in their favorite characters, and wrestlers who blurred the lines between fiction and reality both in and outside the ring.

The show will provide firsthand accounts from legends of the period, alongside re-enactments of stories that have long been locker-room lore within the wrestling business but have rarely been heard by the public. The series is described by the producers as having the authenticity and storytelling style that defined Dark Side of the Ring, but with its own unique tone and approach.

Tales from the Territories will join a Vice slate that includes its predecessor Dark Side of the Ring — which continues to be Vice TV’s most-watched series ever — as well as Dark Side spin-offs like Dark Side of Football and Dark Side of the 90’s (the second season of which is currently in production.

“We’re incredibly honored that Dwayne Johnson felt that Vice TV was the right place for him to chronicle the deeply personal stories of his wrestling family and community, the spectacular craft that introduced us to the Hollywood megastar we all know and love today,” Morgan Hertzan, executive vice president and general manager for Vice TV, said in a press release.

“We’re incredibly excited to expand the Dark Side of the Ring series with this first-ever exploration of the hidden past of wrestling’s Wild West era, with a dream collaborator in Dwayne Johnson, who has such deep family roots in the history of the business,” Husney and Eisener added in a joint statement.