Autentic Distribution, the sales arm of German non-fiction label Autentic, has acquired international distribution rights for two new documentaries about the Russian invasion of Ukraine from the recently formed production ... 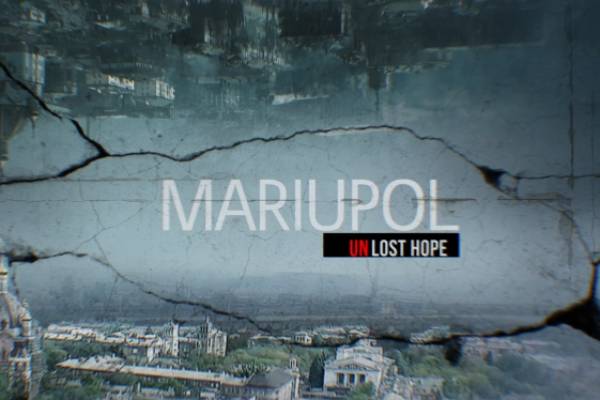 The first doc picked up in the deal, Mariupol – Unlost Hope (pictured), depicts the war through the eyes of ordinary citizens of Mariupol who survived the Russian siege of the city that began in February, the first movement of the wider war. The film is directed by Maksym Litvinov, with OUP’s Borodianskiy producing.

The second film, 9 Lives, focuses on volunteers who risked their lives to save animals from homes, shelters and zoos rather than leave them to be wounded or killed from Russian shelling. Igor Goma directs, with OUP’s Lipovetskaya and Kvasova serving as producers and Yurii Mukulenko as creative producer.

“We are very proud to be the global distributor of these two documentaries by renowned Ukrainian producers,” said Mirjam Strasser, Autentic’s head of sales and distribution, in a release from OUP. “[Mariupol – Unlost Hope] is a super-impressive and deeply shocking film with great storytelling, and we think Autentic should offer it everywhere.

“9 Lives shows the war through the fate of animals: cats, dogs, lions, horses, [and], of course, through the eyes of the animal-loving Ukrainian people. Anyone who loves animals will be absolutely moved by this film.”

“We are grateful to our colleagues from Autentic Distribution who were actively involved in the creation of OUP documentary projects. Their tremendous experience is the key to success in the sales of our films,” OUP’s Igor Storchak added. “International sales for us are, first of all, [about] the reach and the number of people who will see the truth about the war in Ukraine, and secondly, the money that we can spend on filming new documentary projects and supporting the professionals involved in the Ukrainian industry.”

OUP has produced six documentaries and one feature film since it was founded in March. Its feature film is the first to be produced in Ukraine since the beginning of the war.