Following a restructure at the BBC, Charlotte Moore (pictured) has been named controller of TV channels and iPlayer, while Kim Shillinglaw is exiting the UK pubcaster less than two years after taking the post of BBC2 and BBC4 controller. 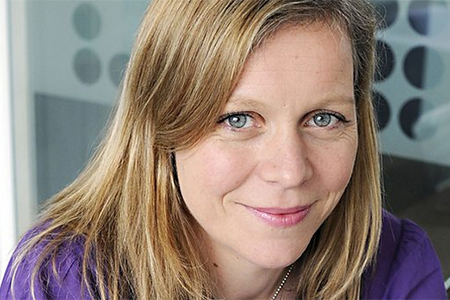 Following a restructure at the BBC,Â Charlotte MooreÂ (pictured) has been named controller of TV channels and iPlayer, while Kim ShillinglawÂ is exiting the UK pubcaster.

The reorganization – aimed at “offering a simplified and more coordinated strategy” across BBC Television’s channel portfolio – sees BBC1 controller Moore become the creative, editorial and strategic lead for BBC1, BBC2, BBC4 and BBC iPlayer. She will continue to lead BBC1 and also manage the heads of iPlayer, Daytime and BBC4, as well as assuming the new role of editor for BBC2.

She will report to Mark Linsey, acting director of television at the pubcaster, and will assume the positionÂ on January 25.

The reshuffle – which follows an internal recruitment process – also sees Shillinglaw exiting the Beeb less than two years after she took on the role of BBC2 and BBC4 controller. Previously, she served as head of science and natural history commissioning.

Following her exit, the position will be closed.

“I wish the BBC, Mark and Charlotte every success with the many changes BBC TV needs to make,” said the departing exec in a statement. “I’ve loved modernizing BBC2 and BBC4 over the last two years but when you don’t get the big job it’s time to move on. And I’m looking forward to another big challenge.” Adam Barker, channel executive at BBC2 and BBC4, will serve as acting editor for BBC2 while recruitment for the new role takes place.

In a release, the Beeb noted that the reorganization will support new and creative approaches to programming and scheduling “that reflect changing audience behaviour and the growing role of BBC iPlayer.” The move will mean more collaboration and also create a more streamlined commissioning system “with a single point of contact and faster decision-making.”

“It is more important than ever for audiences and program-makers that we have a clearly defined sense of purpose for each channel, to ensure we deliver even higher quality and more distinctive content,” said Moore in a statement. “A united vision across the portfolio will encourage greater ambition and diversity of output, more creative freedom and quicker decision-making.”

Linsey credited Shillinglaw with bringing great creativity and a range of programs to BBC2 and BBC4, including the documentaryÂ Meet The Ukippers, TV experiments such asÂ Are Our Kids Tough Enough? Chinese School and, most recently, such youth-skewing factual offerings as The Real Marigold Hotel.

“She has modernized BBC2’s identity, winning awards for the channel’s use of social media and the revamp of on-air, and refreshed the schedule with Monday’s clever quiz hour, box-set factual and comedy double bills back at 9 p.m., whilst creating new commercial funding models in factual entertainment and natural history,” said Linsey. “She has been an outstanding leader of BBC2 and BBC4Â and I will be very sorry to see her go, but am incredibly grateful for her contribution.”