The producer of Carpool Karaoke (pictured) and The Late Late Show with James Corden has signed a development deal with CBS Television Studios. 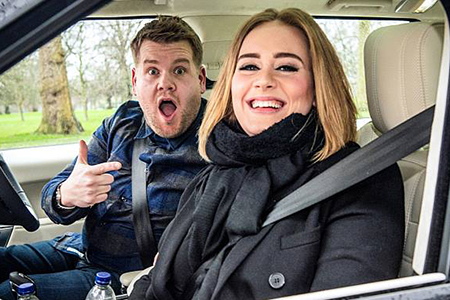 The producer of Carpool KaraokeÂ (pictured) and The Late Late Show with James Corden has signed a development deal with CBS Television Studios.

Under the agreement, London-based Fulwell 73 and cofounder Ben WinstonÂ will develop scripted, alternative and digital content for broadcast, cable nets, streaming services and other digital outlets.

The company’s first project is Carpool Karaoke, which Apple Music acquired for a 16-episode run from CBS Television Studios last month. The series is based on the Late Late Show segment and features celebrities and a yet-to-be-named host visiting locations meaningful to each star while singing pop songs.

The original late-night segment has amassed more than 830 million views on YouTube since launching aÂ year ago.

Fulwell 73 is led by Winston, Leo Pearlman, Ben TurnerÂ and Gabe Turner. Its other projects include the upcoming Usain Bolt documentary,Â I Am Bolt; TheÂ Class of 92 ,starring David Beckham; BBC1’s Mo Farah: Race of His Life; and Gary Barlow: On Her Majesty’s Service.

Winston also served as an executive producer on the British version of reality competition The X FactorÂ and has produced projectsÂ for boy band One Direction, including the Morgan Spurlock-directed theatrical docÂ One Direction: This Is Us.