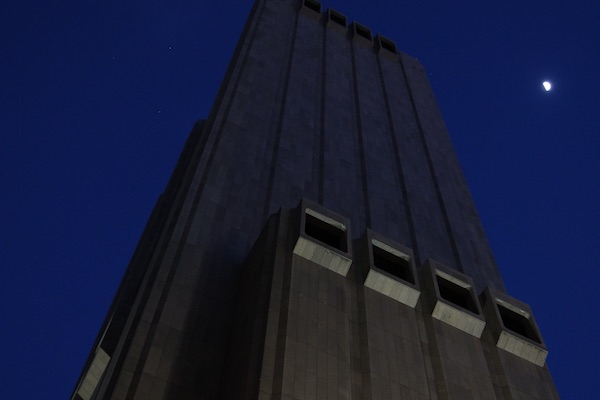 The Sundance Film Festival has unveiled its selection of short documentaries for its 2017 Short Film program, including Citizenfour director Laura Poitras‘ latest project.

Co-directed with Henrik Moltke, Project X (pictured) will make its festival circuit debut after opening at New York’s IFC Center in November. The short pairs narration from actors Rami Malek and Michelle Williams of top-secret National Security Agency documents that detail instructions to employees on how to travel undercover on U.S. soil as well as a top-secret surveillance site codenamed TITANPOINTE.

Other shorts premiering at this year’s festival include Jennifer Zheng‘s Tough, which sheds new light on childhood cultural misunderstandings between a Chinese mother and her British-born daughter; Matt Wolf‘s Bayard & Me, which profiles the 1980 relationship between Walter Naegle’s and his boyfriend Bayard Rustin, a famous civil rights activist 30 years Walter’s senior; and Pipus Larsen, Kenneth Gug and Scott J. Ross’s Deer Squad: The Movie, profiling a 17-year-old’s viral celebrity status after befriending a group of wild deer in his backyard.

Sundance Institute’s Documentary Film Program, supported by the John D. and Catherine T. MacArthur Foundation and in partnership with The Guardian and The New York Times‘ Op-Docs, provides grants to short doc makers from around the world, including new filmmakers in Cuba featured in a Special Event program at this year’s Festival.

The full list of 2017 short documentaries follows, with descriptions provided by the festival.

Alone / U.S. (Director: Garrett Bradley) — This investigation into the layers of mass incarceration and its shaping of the modern black American family is seen through the eyes of a single mother in New Orleans, Louisiana.

Bayard & Me / U.S. (Director: Matt Wolf) — Walter Naegle’s boyfriend, Bayard Rustin, was a famous civil rights activist 30 years Walter’s senior. In the 1980s, Bayard decided to adopt Walter for legal protection. This love story is about a time when gay marriage was inconceivable.

Close Ties / Poland (Director: Zofia Kowalewska) — Barbara and Zdzislaw will soon celebrate their 45th anniversary – despite their constant bickering, and the fact that Zdzislaw spent eight of those years living with another woman. This is a portrait of a relationship that, somewhat inexplicably, perseveres.

The Diver / Mexico (Director: Esteban Arrangoiz) — Julio César Cu Cámara is the chief diver in the Mexico City sewer system. His job is to repair pumps and dislodge garbage that flows into the gutters to maintain the circulation of sewage waters. THE NEW CLIMATE

Hairat / Ethiopia (Director: Jessica Beshir) — This is a visual and lyrical exploration of the nightly ritual between a man in Eastern Ethiopia and his feral companions.

My Father’s Tools / Canada (Director: Heather Condo) — Stephen continues producing traditional baskets to honor his father and thus finds peace in his studio as he connects with the man who taught him the craft.

Project X / U.S. (Directors: Laura Poitras, Henrik Moltke) — A top-secret handbook takes viewers on an undercover journey to the site of a hidden partnership. Based on NSA documents, this film reveals the inner workings of a windowless skyscraper in Manhattan.

The Rabbit Hunt / U.S. (Director: Patrick Bresnan) — On the weekends during the harvest season, 17-year-old Chris and his family hunt rabbits in the sugarcane fields of the Florida Everglades.

Ten Meter Tower / Sweden (Directors: Maximilien Van Aertryck, Axel Danielson) — People who have never been up a 10-meter diving tower must choose whether to jump or climb down in this entertaining study of people in a vulnerable position.

Tough / United Kingdom (Director: Jennifer Zheng) — New light is shed on childhood cultural misunderstandings when a Chinese mother and her British-born daughter speak as adults for the first time. Some things can only be understood with maturity.

Visions of an Island / U.S. (Director: Sky Hopinka) — Indigenous and foreign presences coexist on an Alaskan island in the center of the Bering Sea. THE NEW CLIMATE

Waiting for Hassana / Nigeria (Director: Ifunanya Maduka) — In 2014, 276 teenage girls came together for exams in Chibok, Nigeria – by dawn, nearly all had disappeared, and their school was burned to the ground. Jessica, an escapee, shares her haunting account of a friendship violently interrupted by Boko Haram.