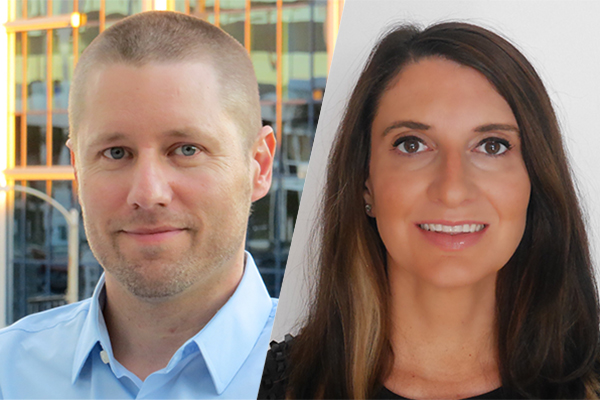 Hale (pictured, left) has been tapped as executive VP of development. He previously served as senior VP and head of West Coast development at True Entertainment.

Both Hale and Borrelli will operate out of Truly Original’s new headquarters in New York.

“Bryan and Nikki have been integral to the success of both True Entertainment and Original Media, building up our sales rosters and shepherding numerous hit series, spin-offs and specials through production,” said Weinstock and Hersh in a joint statement. “A major benefit of forming Truly Original is having our creative, production and operational expertise under one roof.”

At True, Hale oversaw development of some of the company’s biggest hits, including Bravo’s The Real Housewives of Atlanta. He currently has projects in development for such nets as History, E!, BET, Freeform, VH1, Lifetime, WE tv and Logo.

Hale rejoined True Entertainment for the second time in 2015, having previously served as VP and head of West Coast development from 2007 to 2009. He has also held such titles as VP of original programming and development at Oxygen Media, VP of current programming at FremantleMedia and as a consultant at CBS Television Distribution.

Borrelli oversaw production and business affairs for all series and pilots at Original Media while also managing the firm’s day-to-day operations. Prior to this, she served as VP of production at True Entertainment, where she won an Emmy for her work on TLC’s A Baby Story.