﻿“Even When I Fall,” “The Work” head to Sheffield Doc/Fest

The Sheffield Doc/Fest has unveiled the winner of its Alternative Realities Commission and has announced the addition of several films to the festival lineup. The new elements aim to shine a light ... 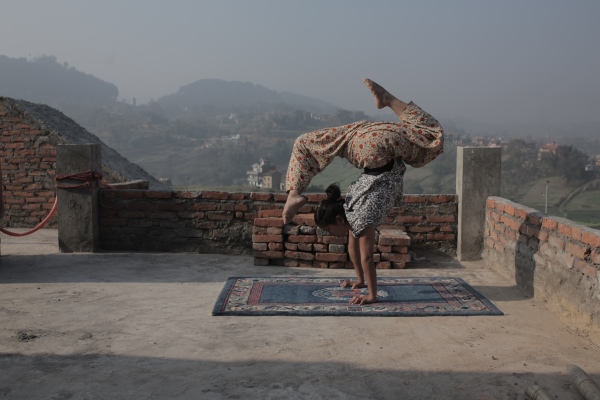 The Sheffield Doc/Fest has unveiled the winner of its Alternative Realities Commission and has announced the addition of several films to the festival lineup.

The new elements aim to shine a light on the triumph of the creative spirit in response to social, political, and cultural upheaval around the world.

The Alternative Realities commission provides an opportunity for an artist to create an interactive or immersive documentary work for Sheffield Doc/Fest, with a second opportunity to exhibit at FACT in Liverpool.

Alex Pearson and renowned creative collective Marshmallow Laser Feast  were the recipients of this year’s award, worth  $13,000 US (£10,000). They will present the world premiere of the virtual reality experience Future Aleppo.

As a way of preserving the culture and history of Aleppo and defying its destruction, Syrian-born Mohammed Kteish recreated fallen landmarks as paper-craft models.  Re-imagined by the artists through a mix of photogrammetry — the art of using photography to measure distances — and 3D modelling, users will be guided in virtual reality by the 15-year-old Mohammed through the buildings, the city and its inhabitants.

Elsewhere, following successful participation in the 2016 pitching and funding forum MeetMarket, BAFTA-nominated producer, Elhum Shakerifar (A Syrian Love Story), and directors Sky Neal and Kate McLarnon, return to Doc/Fest with the World Premiere of their film Even When I Fall — a film in which circus performers sold into slavery as children reclaim their remarkable skills and their freedom.

In the film program, a number of titles highlight the possibility of change through community and collaboration.

Director Ayşe Toprak shatters the meaning of “refugee” in the World Premiere of Mr Gay Syria, bringing attention to how beauty pageants are a celebration of pride and survival for LGBT+ Syrians; filmed over a decade that coincides with the Obama administration, Quest (European Premiere, directed by Jonathan Olshefski) documents the daily lives of the eponymous hip hop producer and his family, who, through the warmth,  dignity and the power of family, overcome obstacles that are increasingly defined along fault lines of race and class; SXSW documentary competition winner, The Work (International Premiere, directed by Gethin Aldous, Jairus McLeary), gives audiences a raw look at a unique group-healing process that occurs between inmates and outsiders at Folsom State Prison.

To explore the power of satire, Doc/Fest will also welcome for the first time British writer, editor of the satirical news magazine Private Eye since 1986 and team captain on Have I Got News for You, Ian Hislop to the Talks and Sessions program.

In conversation with Jolyon Rubinstein (The Revolution Will be Televised, Revolting), Hislop will explore the fundamental role that satire plays in documenting our world and searching for the truth, as well as how the medium reflects a political landscape that includes living, breathing caricatures.