Amazon is trying its hand at horror in its latest Original Series. Lore, which premieres today (Oct. 13) on Prime Video, is based on Aaron Mahnke’s popular podcast of the same name. ... 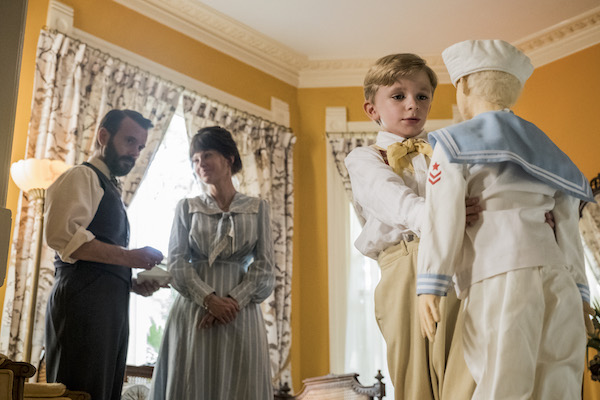 Amazon is trying its hand at horror in its latest Original Series.

Lore, which premieres today (Oct. 13) on Prime Video, is based on Aaron Mahnke’s popular podcast of the same name. Its premise is to offer up “frightening and often disturbing tales based on real people and events that have led to our modern-day myths and legends.”

In each episode, Lore explores how paranormal creatures, psychologically disturbing events and horror legends such as vampires, werewolves and body snatchers are rooted in truth.

Conrad Riggs, head of unscripted programming for Amazon Originals, says Lore was an appealing project for two reasons: it was pitched by a team that had a solid track record and that he knew could deliver and, more importantly, the concept was unique.

“The horror genre is always something I thought about,” he says. “You usually see it in movies, but it’s a proven category that’s never going away.”

“The thing that made it so intriguing was that they were real life scary stories, because so much of what you see in horror is scripted,” Owens told realscreen. “We thought as a launching point for video storytelling [that] it just felt right.”

Riggs says Lore aims to combine viewers’ love of being scared with their interest in history. But adapting a series from a podcast, particularly one with a loyal fan base, isn’t without its challenges. You need to stay true to the source material while adapting it to the present time.

Riggs says that narration proved to be a key point of discussion. In the end, they decided the podcast creator and narrator Mahnke was a better choice over a traditional voiceover.

“Aaron owns it,” says Riggs. “This is based in fact, so I think it makes sense to have the author of the podcast. If this was a scripted fictional series that wasn’t based on anything, then I think there would be a strong argument to go in another direction.”

Fact and history-based docs are the staple of unscripted programming, and Riggs says Lore is no exception. “It’s early days for us…we haven’t done that many shows yet and we were thinking about the genre for a while,” he admits. “It felt like the right time to take a jump into something new that resonated.”

Lore debuts exclusively on Amazon Prime Video in over 200 countries and territories.