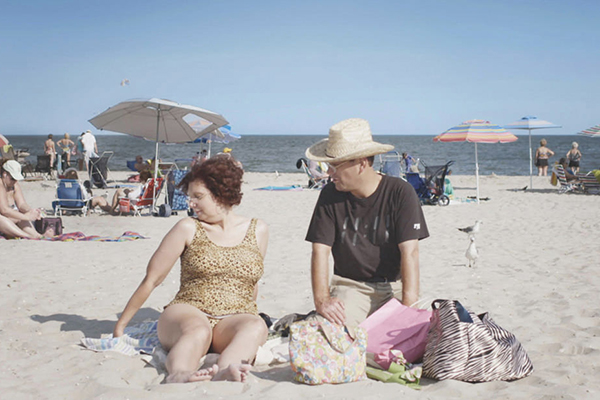 Dina (pictured), which follows a Philadelphia-based autistic couple as they prepare for their wedding, was awarded the Best Feature Award while Edith+Eddie, which follows America’s oldest interracial newlyweds, nabbed hardware for Best Short.

“The Best Feature and Best Short award winners both represent unlikely love stories, each one tender, tragic, and ultimately life-affirming,” said IDA executive director Simon Kilmurry, in a statement. “Dina and Edith+Eddie are both distinguished by their unforgettable lead characters and their sensitive elicitation of universal truths.”

For the first time, IDA’s Courage Under Fire award was given to a group of filmmaking teams and the films’ subjects. The award, which recognizes a filmmaker who demonstrates extraordinary courage in pursuit of the truth, was presented by Kathryn Bigelow to City of Ghosts, Cries From Syria, Hell on Earth: The Fall of Syria and the Rise of ISIS and Last Men in Aleppo.

The Career Achievement Award was presented to Lourdes Portillo in recognition of Portillo’s nearly 40 years of work, with docs featuring Latin American, Mexican, and Chicano experiences and social justice issues.

Abigail Disney was given the IDA’s Amicus Award in recognition of her work in support of peacebuilding and advancing women’s roles in the public sphere, while Yance Ford, director of Strong Island, was awarded with the Emerging Filmmaker Award.

During the ceremony, IDA also announced a US$600,000 investment from the Jonathan Logan Family Foundation to support the International Documentary Association, including IDA’s Enterprise Documentary Fund and Getting Real ’18 filmmaker-to-filmmaker conference. As part of this initiative, the Jonathan Logan Family Foundation will provide four grants of $25,000 each to emerging women filmmakers of color.