Elizabeth Rynecki’s Chasing Portraits and Anna Moot-Levin & Laura Green’s The Providers have been selected as part of the 67 films slated to screen at the 2018 DOCUTAH International Documentary ... 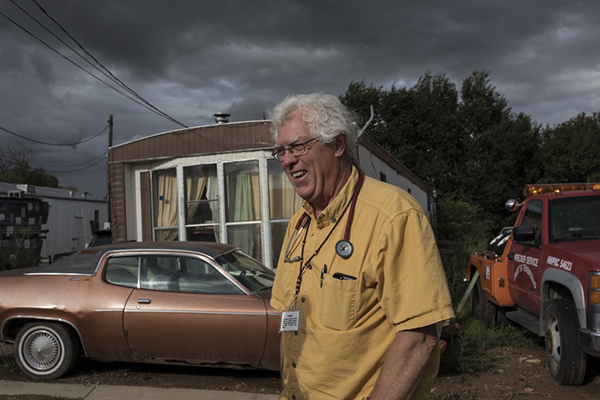 Elizabeth Rynecki’s Chasing Portraits and Anna Moot-Levin & Laura Green’s The Providers have been selected as part of the 67 films slated to screen at the 2018 DOCUTAH International Documentary Film Festival.

The St. George, Utah-set festival unveiled its complete film lineup today (June 19), with 47 feature length and 20 short from 14 countries. The selected films connect attendees to “a broader understanding of the common human experience”.

Special Events will be announced in the coming weeks.

Launching the eighth annual fest on Sept. 3 will be Dreams of the Black Echo, a copro between Dixie State University film students, faculty and staff, and Duy Tan University in Vietnam. The project focuses on the Vietnam War through the lens of veterans from both sides of the conflict and the battle of Khe Sanh, which took place from January to July 1968.

Rynecki’s Chasing Portraits (77 minutes), meanwhile, follows the director as she seeks to rediscover the legacy of her great-grandfather, artist Moshe Rynecki, whose body of work reached close to 800 paintings and sculptures before his death.

Moot-Levin and Green’s The Providers (pictured) will follow three healthcare providers in northern New Mexico in the midst of a physician shortage during the opioid epidemic. The intimate 85-minute film will trace the trio as they journey to safety-net clinics in rural America and work to provide aid to patients regardless of their ability to afford to care.

For further information and the festival’s complete lineup, click here. Specific program information and film screening schedules will be announced on the website in August.