British pubcaster BBC has announced a slate of new commissions for its flagship science strand ‘Horizon’Â on BBC2. The programs cover a wide range of subject matter from various UK broadcasters. InÂ The Placebo ... 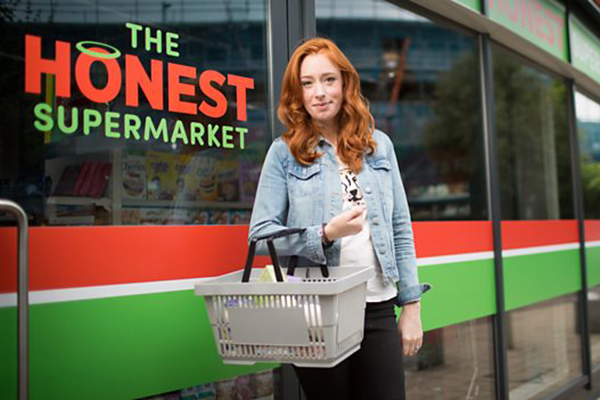 British pubcaster BBC has announced a slate of new commissions for its flagship science strand ‘Horizon’Â on BBC2.

The programs cover a wide range of subject matter from various UK broadcasters.

InÂ The Placebo Experiment: Can My Brain Cure My Body?, hostÂ Michael MosleyÂ investigates the placebo effect and whether the human brain canÂ be more powerful than prescription pain killers.Â David DuganÂ and Leesa RumleyÂ serve as executive producers for Windfall Films,Â and Diene PetterleÂ is the commissioning editor for the BBC.

Windfall’sÂ Body Clock: What Makes Us Tick?, meanwhile, will follow evolutionary biologist Ella Al-Shamahi as she shuts former commando Aldo Kane inside an abandoned nuclear bunker with no way of telling the time to test how the body’s “biological clock” affects our sense of time when we’reÂ stripped of the trappings of modern life. Tom Cook directs, withÂ David DuganÂ serving as executive producer for Windfall Films.Â Diene PetterleÂ is the commissioning editor for the BBC.

Avalanche: Making of a Deadly SnowstormÂ follows a group of scientists in the Canadian Rockies as they peer into the heart of a massive avalanche to learn more about the mysterious phenomena.Â Michale Lachmann directs, withÂ Dinah LordÂ and Matthew BarrettÂ serving as executive producers for Caravan.Â Diene PetterleÂ is the commissioning editor for the BBC.

InÂ The Honest SupermarketÂ (pictured), produced in-house by BBC Studios and presented by Dr. Hannah Fry and Priya Tew, scientists turn a supermarket into a lab to test what we can expect to find on the shelves when grocery shopping, and whether goods are actually as advertised. Emma PoundÂ serves as director and producer, and Craig HunterÂ is the commissioning editor for the BBC.

In Vitamin Pills: Miracle or Myth?Â (working title),Â Dr. Giles Yeo explores if vitamin and mineral supplements are what they appear to be. The series is produced in-house by BBC Studios, with Tristan Quinn serving as director and producer. James HayesÂ is the commissioning editor for the BBC.

The Pill (w/t) followsÂ Dr. Zoe Williams as she explores the efficacy and health impacts of contraceptive pills, seeking to cut through horror stories in the media to offer the facts. The series is produced and directed byÂ Milla Harrison-Hansley and Alicky Sussman for BBC Studios. Tom CoveneyÂ is the commissioning editor for the BBC.

Cannabis: Dangerous Drug or Miracle Medicine? offers a glimpse at research into cannabis and its effects, both good and bad, on those who use it. It is produced by Paul Overton and directed by Kate Pringle for BBC Studios.Â Tom CoveneyÂ is the commissioning editor for the BBC.Â Proton Beam: The New Cancer KillerÂ (w/t) explores proton beam therapy, a new and experimental method for treating previously inoperable cancers in children.Â Annie Mackinder directs and produces for BBC Studios,Â whileÂ Tom CoveneyÂ is the commissioning editor for the BBC.

InÂ Depression and Me, host — and notorious spin doctor for former British prime minister Tony Blair — Alastair Campbell explores if radical new treatments can stop his depression.Â Depression and Me was produced by Silverfish Productions and Coasthouse Productions in association with Windfall Films (part of the Argonon Group). Mark Lucas, David DuganÂ and Mac Mackenzie serve as executive producers, with Peter Gauvain directing.Â Diene PetterleÂ is the commissioning editor for the BBC.

The new commissions will air on BBC2 over two consecutive weeks starting in October.