In this week’s Renewed and Returning round-up, new seasons are on the way for unscripted series on Discovery Channel, MTV and Fuse Media. Gold Rush: White Water returns for a second ... 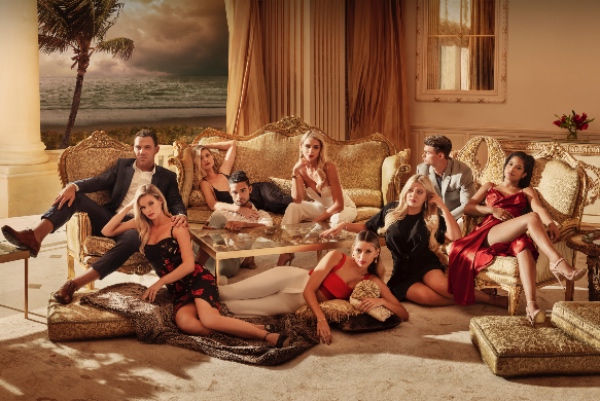 In this week’s Renewed and Returning round-up, new seasons are on the way for unscripted series on Discovery Channel, MTV and Fuse Media.

Gold Rush: White Water returns for a second season on Discovery Channel with the Dakota boys as they hunt for gold in the remote mountains of Southeast Alaska.

Beginning Jan. 4 at 10 p.m. ET/PT, Fred and his son Dustin go mining for nuggets beneath the freezing waters of the McKinley Creek. The father and son battle against Alaska’s brutal wilderness, battling against flash floods, falling boulders and hungry bears in search of treasure. Gold Rush: White Water is produced for Discovery Channel by Raw Television.

Also returning to Discovery is Richard Rawlings and the crew of Gas Monkey Garage in the Pilgrim Media Group-produced series Garage Rehab.

In each episode of Garage Rehab, Rawlings selects a garage to invest his time and money into, working to overhaul the company to turn the struggling business into a profitable venture. On this season, Rawlings undertakes the biggest build in the series history – a 20,000 square foot collision repair shop. The Gas Monkey Garage team also works on their most important rehab to date: a veteran-run garage that teaches automotive repair skills to men and women transitioning out of military service. Discovery revs up with the latest season of Garage Rehab on Jan. 8 at 8 p.m. ET/PT.

Meanwhile, MTV has renewed MTV’s Siesta Key (pictured) for a sophomore season that will see the cast confronting issues of love, heartache and volatile friendships.

The Entertainment One- and Creature Films-produced series will see Alex and Juliette’s relationship turn rocky when Alex’s ex-girlfriend returns to the scene, while Brandon’s collaboration with a new artist puts his own relationship with his new girlfriend on the line. As Garrett tries to get over Kelsey, he might be developing feelings for a new beauty in town. Kelsey, who is currently in a long-term relationship, might be single again very soon due to her wandering eye. Drama flares up when Cara and Chloe team up to stir up trouble, and more. Siesta Key returns to MTV’s lineup starting Jan. 22 at 9 p.m. ET/PT.

Finally, Fuse Media has recommissioned T-Pain’s School of Business for a second season. Featuring Grammy Award-winning hip-hop artist, comedian and business titan T-Pain, the 8 x 30-minute series sees T-Pain explore unique startups created by millennial entrepreneurs. In each episode of the Citizen Jones-made series, the “I’m ‘n Luv (Wit a Stripper)” rapper will examine each business while testing out new products and answering questions about how to start a business. An air date for the new season has not yet been announced.