The Glasgow-based company has bought out Kew's equity stake, while elsewhere the Toronto Stock Exchange has opened up a delisting review. 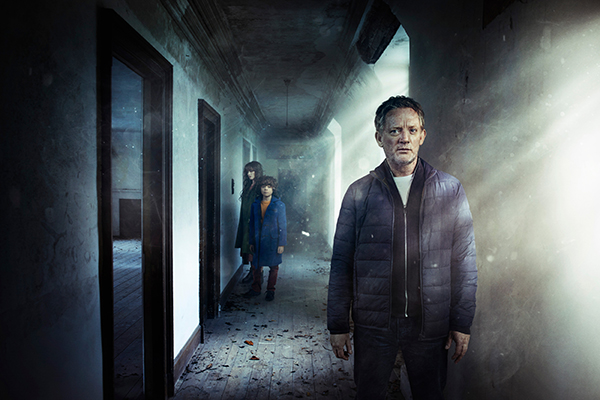 Two Rivers Media, a Scottish prodco that Kew Media Group invested in when it was formed a year ago, has bought out Kew’s stake in the company.

Glasgow-based Two Rivers, which has produced titles such asÂ Susan Hill’s Ghost StoryÂ (pictured) on Channel 5 and Frankie Boyle’sÂ Tour of Scotland for BBC2, said the buy out of Kew’s interest is by “mutual agreement,” with merchant bank Noble Grossart Investments and Channel 4’sÂ Indie Growth Fund increasing their respective interests in the company. Financial terms of the deal were not disclosed.

While Kew did not disclose financial terms when it acquired an equity stake in Two Rivers in January 2019, it said “the consideration paid for the investment was not material from the company’s perspective.”

News that Two Rivers has exited Kew Media comes as the Toronto Stock Exchange (TSX) opens up a delisting review.

“The TSX has advised that it will be reviewing the company with respect to continued listing criteria related to disclosure issues,” said a statement issued by Kew on Sunday (Jan. 19). The disclosure issues relate to the withdrawal of multiple financial audits by accounting firm Grant Thornton LLP, which has audited Kew’s fiscal reports since it was formed.

The Toronto-headquartered companyÂ has been granted 120 days in which to comply with the TSX’s regulations and requirements. If Kew does not meet the TSX’s requirements before May 19, it will be delisted 30 days later.

Kew said “there is no assurance that the company will successfully regain compliance within this time period,” adding that the TSX review “does not affect [its] business operations or applicable Canadian reporting requirements.” If Kew is delisted from the TSX, it will have the option to apply for listing on the TSX Venture Exchange or NEX.

Kew temporarily ceased trading on the TSX on Thursday afterÂ theÂ Ontario Securities Commission (OSC) issued a cease trade order. The company’s share price was 64 cents when trading stopped on Thursday, valuing Kew at around $9 million.Â According to its third-quarter financial filing, Kew’s net debt at Sept. 30 was $117.1 million, with cash and cash equivalents of $21.7 million. While Kew typically reports its year-end financial results in early April, it does not expect to meet the filing deadline for its upcoming fiscal report.

Six weeks ago Kew announced it was undertaking a strategic review to assess a range of options, including selling all or part of its business. At the time, CFO Geoff Webb departed, with KewÂ saying he provided information which “contained inaccurate information regarding working capital.” He has been replaced on an interim basis byÂ Michael Corrigan.

While Kew was a minority stakeholder and not a full owner of Two Rivers, the buy out represents the first asset sale since Kew’s review began in December. Other companies within Kew’s portfolio include Canadian prodcosÂ Architect Films, Frantic Films,Â Bristow Global Media, Media Headquarters Film and TV, Our House Media and Sienna Films, in addition to London-based distributor TCB Media Rights andÂ Australia-based prodco Essential Media.Â Realscreen sister publication Playback has heard a number of private equity-backed companies are looking at potential acquisition targets within the Kew portfolio.