Five fellows and their non-fiction projects, all directed by women, have been selected to take part in the Sundance Institute’s 2020 Creative Producing Labs. The labs, which began Monday (July 27) ... 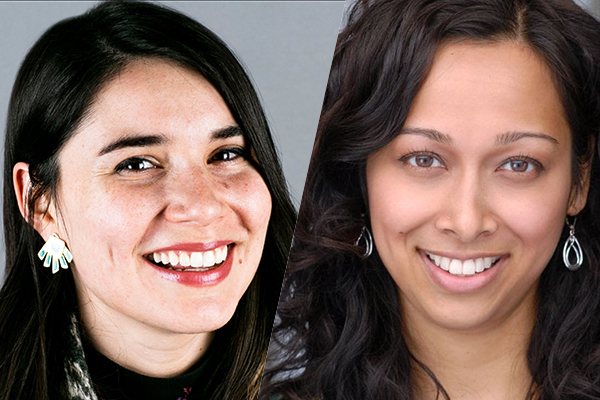 Five fellows and their non-fiction projects, all directed by women, have been selected to take part in the Sundance Institute’s 2020 Creative Producing Labs.

The labs, which began Monday (July 27) and take place digitally this yearÂ via Sundance Collab, serve as a “flagship convening” for the Institute’s Creative Producing Program, which seeks to develop current and rising generations of indie producers across fiction and non-fiction film.

The program features year-round industry mentorship, grantsÂ and opportunities to connect with potential financiers. It is supported byÂ an endowment from the Sandra and Malcolm Berman Charitable Foundation, with additional support from Amazon Studios, Cinereach, National Endowment for the Arts, John S. and James L. Knight Foundation, and SAGindie.

Below is a list of the latest fellows of the Documentary Film Program, with descriptions courtesy of Sundance.

Florence From Ohio
Producing Fellow: Carrie Weprin
Florence from OhioÂ is a genre-twisting comedy that explores the life of Huang JingYing, aka Florence, a Chinese woman who immigrated to Youngstown, Ohio in the 1970s and the pockets of existence she created to transcend her immigrant housewife status to eventually become known as “Mrs. Mahoning County”. Through her collection of St. John knitwear suits, Florence and her daughter, Director Stephanie Wang-Breal, collectively reimagine and embrace their generational ideas around motherhood, feminism, assimilation, and race.

Carrie WeprinÂ is an independent producer and the co-founder of Once in a Blue, a female-lead production house in Brooklyn, NY. She has developed and produced content for A&E Television Networks, MTV Networks, PBS, and The New York Times. As an independent producer, Carrie has produced the feature-length documentariesÂ Tough LoveÂ andÂ Blowin’ Up. She is a 2020 Impact Partners Producers Fellow.

Higher 15
Producing Fellow: Rajal Pitroda (pictured right)
A young Ethiopian-American man unravels a deep family secret about his uncle – an unlawfully imprisoned Ethiopian revolutionary who risked his life to escape from jail and flee to the United States, only to have a chance encounter with his vicious prison guard three decades later.Â

Rajal PitrodaÂ producedÂ Down a Dark Stairwell, which premiered at the 2020 True/False Film Festival. She is currently producingÂ Higher 15, directed by Ameha Molla;Â Last Will & Testament, directed by Rachel Holbrook; andÂ Evanesce, directed by Jameka Autry. Rajal was a Resident with SFFILM, an Impact Producer Fellow with Firelight Media and is a board member of Investigative Studios.

La Bonga
Producing Fellow: Gabriella Garcia-Pardo (left)
Twenty years after fleeing the violence of civil war, a displaced community embarks on a journey through the jungles of northern Colombia to resurrect a town that exists only in their memory. Traveling with the townspeople as they reunite for a massive celebration,Â La BongaÂ explores the many distances that separate them from their home and the ties that bind people to their land.

Gabriella Garcia-PardoÂ is a Colombian-American documentary producer and cinematographer.Â She collaborates with independent productions and organizations on features and docu-series and is supported by Sundance, Catapult Films, Impact Partners, BAVC, NOFF, and IWMF. Previously, Gabriella created shorts at National Geographic, filmed musicians at NPR, and led horse-treks in Chile. She believes strongly in community and leads monthly events for filmmakers in DC.

Manzanar, Diverted
Producing Fellow: Jin Yoo-Kim
From the majestic peaks of the snow-capped Sierras to the now parched Eastern California valley of PayahuunadÃ¼, “the land of flowing water,”Â Manzanar, DivertedÂ poetically weaves together memories and insights of intergenerational women from three communities. Native Americans, Japanese American World War II incarcerees, and environmentalists form an unexpected alliance to defend their land and water from the insatiable thirst of Los Angeles.Â

Jin Yoo-KimÂ is a Korean Bolivian American filmmaker who co-producedÂ A Woman’s Work: The NFL’s Cheerleader ProblemÂ andÂ K-TownÂ ’92. Jin served as an impact producer forÂ Waking DreamÂ andÂ Blowin’ Up. She was a Film Independent Doc Lab fellow, a Firelight Media Impact Producing Fellow, has an MFA in Film from USC, and a BA from Wellesley College.

Untitled Free Speech Project
Producing Fellow: Suhad M. Babaa
When a news publisher in Arkansas, an attorney in Arizona, and a speech pathologist in Texas are told they must choose between their jobs and their political beliefs, they launch legal battles that expose an attack on freedom of speech across 29 states in America.

Suhad M. BabaaÂ is a documentary producer and Executive Director of Just Vision. She was an executive producer forÂ Naila and the UprisingÂ (2017) and helped drive the impact campaign forÂ BudrusÂ (2009) andÂ My NeighbourhoodÂ (2012). She co-directs the media outlet, Local Call. She is a Council on Foreign Relations Term Member and a World Economic Forum Global Shaper.