Arthur Smith, founder and chairman of A. Smith & Co. Productions and chairman of Tinopolis Group U.S., will be inducted into the Realscreen Awards Hall of Fame on Tuesday, January ... 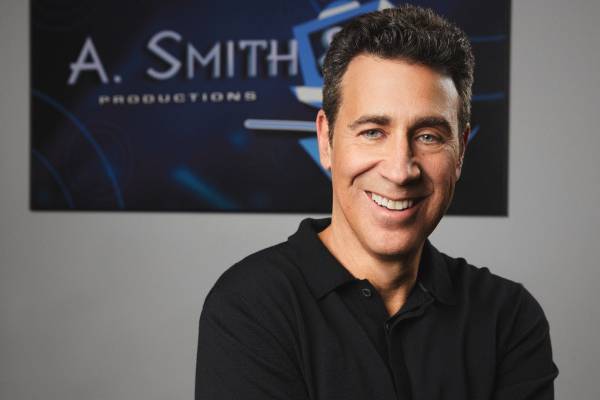 Arthur Smith is a pioneer in non-fiction television, and since founding A. Smith & Co. in 2000, has created some of the longest-running, culture-shaping unscripted series in television history.

On top of these elite titles are Smith’s earlier genre-spanning successes including Kitchen Nightmares, Trading Spaces, Pros vs. Joes, I Survived a Japanese Game Show, The Swan, and Paradise Hotel. Among the eclectic array of current A. Smith & Co. series on cable and broadcast are Mental Samurai, Welcome to Plathville, American Ninja Warrior Junior, Unsung, American Gangster: Trap Queens, and NFL’s Pro Bowl Skills Challenge, while forthcoming projects with marquee talent include Ellen’s Next Great Designer in collaboration with Ellen DeGeneres for HBO Max and Voices of Fire with 13-time Grammy Award-winner and global superstar Pharrell Williams for Netflix.

Smith also serves as chairman of Tinopolis Group U.S., the leading TV production and distribution group which acquired A. Smith & Co. in 2011. In this role, Smith also oversees the unscripted powerhouse Magical Elves, the Emmy AwardÂ®-winning producer of uplifting unscripted series such as Top Chef, Nailed It!, Sugar Rush and more.

Smith began his broadcasting career at CBC in Canada in 1982, rising to become the youngest-ever head of the network’s sports division at 28. He was recruited to the U.S. by broadcasting legend Dick Clark, and went on to a series of senior leadership roles at Dick Clark Productions, MCA/Universal and Fox Sports before launching A. Smith & Co. in 2000.

“Arthur Smith has been a major force in unscripted television for more than two decades, bringing a high-stakes, adrenalized entertainment approach to the genre across multiple networks and platforms,” said Barry Walsh, editor and content director for Realscreen, about Smith’s induction. “We’re happy to recognize his contribution — past, present and future — with his induction into our Hall of Fame.”

Stay tuned for more news on the Realscreen Awards, and for more information, click here.