Discovery’s Food Network has greenlit a sequel to the feature-length documentary Restaurant Hustle 2020: All on the Line from Guy Fieri and Frank Matson. The film (pictured), which premiered at the ... 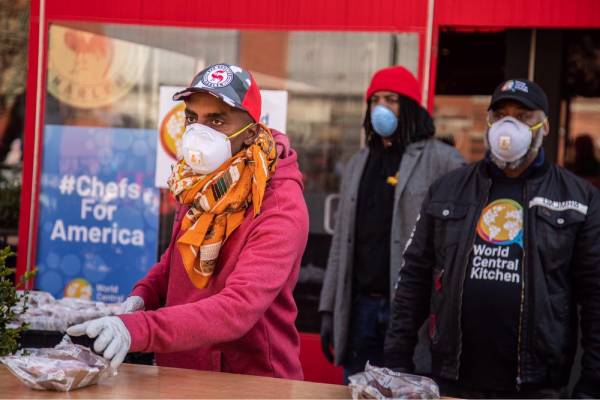 Discovery’s Food Network has greenlit a sequel to the feature-length documentary Restaurant Hustle 2020: All on the Line from Guy Fieri and Frank Matson.

The film (pictured), which premiered at the 2020 DOC NYC film festival, was co-directed by Fieri and Citizen Pictures’ founder/EP Matson, the Emmy-winning team behind Diners, Drive-Ins and Dives.

Restaurant Hustle 2020: All on the Line followed chefs/restaurateurs Marcus Samuelsson, Christian Petroni, Antonia Lofaso, and Maneet Chauhan as they navigated the challenges their restaurants faced from the beginning of the pandemic through to the end of 2020.

The sequel will pick up with the same four chefs in January 2021 and follows them as they struggle to get back to operating full houses again.

Citizen Pictures has produced thousands of hours of TV for Food Network, Discovery and others.

As a documentary filmmaker, Matson won the Van Gogh Award at the Amsterdam Film Festival for Race Across the Sky, about the Leadville Trail 100 bike race.

In other Discovery news, newly launched streamer discovery+ is set to premiere The Laundry Guy this month.

The series follows laundry expert Patric Richardson as he helps clients restore irreplaceable pieces to mint condition. In each episode, Richardson shares his tips and tricks and DIY hacks, from folding a fitted sheet to making a cocktail.

In addition to streaming on discovery+, the first episode will air on HGTV March 31 at 10 p.m. ET/PT.

The series is produced by Committee Films with Maria Awes and Andy Awes executive producing.