﻿ESPN ’30 for 30′ installment “Breakaway” set to premiere in July

ESPN is set to debut the next installment in its Peabody Award-winning ’30 for 30′ series, Breakaway, next month. Breakaway will cover the story of WNBA superstar and activist Maya Moore. ... 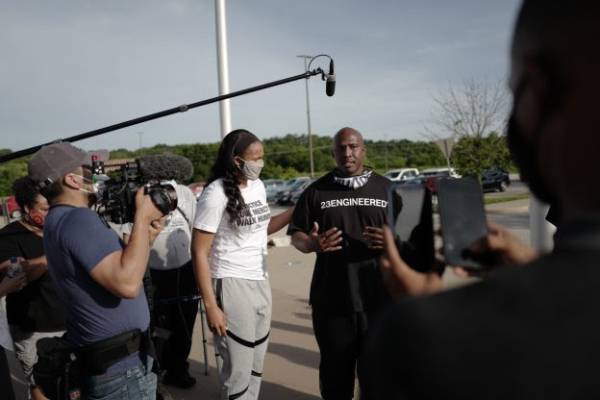 ESPN is set to debut the next installment in its Peabody Award-winning ’30 for 30′ series, Breakaway, next month.

Breakaway will cover the story of WNBA superstar and activist Maya Moore. The basketball star was a top player in her sport winning four WNBA championships, two Olympic gold medals, a WNBA scoring title and a WNBA MVP. But in 2019, she took a sabbatical from basketball at age 29 to work full-time on releasing a man named Jonathan Irons from prison, who was wrongly convicted of burglary and assault and sentenced to 50 years.

The film is directed by Rudy Valdez, who previously directed The Sentence, a 2018 film distributed by HBO that won the US Documentary Audience Award at the Sundance Film Festival, and explored similar themes about the criminal justice system. The Sentence also received a Primetime Emmy Award for Exceptional Merit in Documentary.

“I wanted to make this film not only to honor and celebrate the incredible criminal justice reform advocacy that Maya has been working toward with Jonathan Irons, but also to tell a very human story that is often told inhumanely,” Valdez said in a press release.

“I hope the film sheds light on how society demonizes both those behind bars and those connected at home and inspires people to find inner strength and fight against a system that does not want us to win.”

The film will stream on ESPN+ and the ESPN App immediately after its linear premiere. The installment is the first from ESPN’s ’30 for 30′ strand since Al Davis vs. the NFL premiered in February.