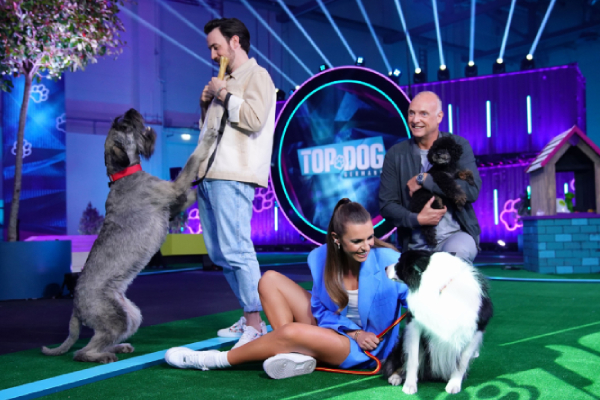 True Crime Network (U.S.), Sky Crime and the streaming service NOW (UK and Ireland) have picked up the second season of Made for Murder. The 10 x 60-minute series concerns forensic psychologists from the U.S. and UK as they delve into background evidence and timelines of convicted murderers to expose signs that went ignored in the years before they killed.

In addition to that, True Crime Network has also acquired season three of A Killer’s Mistake (10 x 60 minutes), which focuses on 10 infamous murder cases, including the key errors the killers made that led to their capture.

“We’re delighted to be supporting the financing of these returning series as well as distributing them globally. The interest in the true crime genre continues to grow and it’s good to be able to offer buyers content from one of the UK’s leading producers of true crime,” said Ben Barrett, joint managing director at Drive, in a news release.

Beyond Rights’ Love It or List It format expanding globally

The popular Love It or List It format from Beyond Rights continues to grow internationally, with local versions of the format underway in new markets and almost 1,000 hours of the franchise going to global broadcasters in recent months.

Beyond has licensed the format to prodco Rabbit Films in Finland, with an initial 10-episode run debuting on Nelonen on August 26. The channel has also picked up season four of Love It or List It: Australia (10 x 60 minutes) and Love It or List It: Brilliant Builds (12 x 60 minutes). The format has also been licensed to M6 in France, where the series is currently in pre-production.

Also in Europe, Beyond Rights recently closed a deal with Portugal’s SIC for 75 hours, including three seasons of the original Love It or List It series, produced by Big Coat Productions for Canada’s W Network, and Love It or List It: Change of Heart.

A+E Networks’ Top Dog canine competition format has been commissioned as a six-part primetime series by Germany’s RTL to premiere on July 23.

Top Dog Germany (pictured) is produced by RTL Studios and features extraordinary dogs and their owners competing on a giant canine obstacle course. The format, created by Big Fish Entertainment, first aired on the U.S. A&E channel as America’s Top Dog (pictured), returning for a second season this summer.

“The success of Top Dog truly speaks to our strong track record producing regionally replicable formats that appeal to viewers across the globe. Everywhere people love dogs — so, truly everywhere — there is an audience for Top Dog, and we couldn’t be happier to be partnering with RTL on this iteration of the format,” said Robyn Hurd, A+E Networks’ VP of content sales, EMEA, in a news release.

Under the agreement, Fred Media will distribute the series Great Southern Truckers (6 x 60 minutes), produced by Stripe Studios for Discovery Australia and New Zealand, an observational documentary series about truck drivers tackling some of New Zealand’s most dangerous and beautiful routes across the North and South Islands.

Also included in the deal is two seasons of The Circus, about a family of circus performers and the cast of unique characters that surrounds them. The second 10 x 30-minute season of the series is currently in production for NBCU NZ (Bravo TV).

“Stripe is a dynamic and exciting television company with a real knack for finding and telling fascinating stories about people who lead intriguing lives. We are thrilled to now be working with the Stripe team to further raise its profile in the global marketplace and to find the best possible international homes for Great Southern Truckers and The Circus,” Fred Media acquisition manager Courtney Hicks, who negotiated the deal, said in a release.