The International Documentary Film Festival Amsterdam (IDFA) has revealed the 62 documentary projects selected for IDFA Forum 2021, which will take place from November 20-26. The coproduction and co-financing market is ... 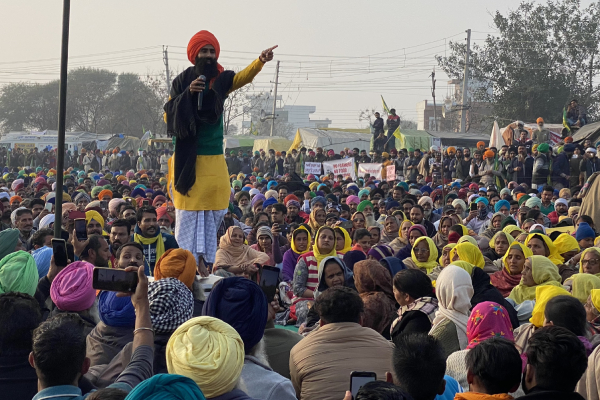 The International Documentary Film Festival Amsterdam (IDFA) has revealed the 62 documentary projects selected for IDFA Forum 2021, which will take place from November 20-26.

The coproduction and co-financing market is celebrating its 29th edition this year. Confirmed for the 2021 event are ARTE, BBC, Hulu, Netflix, Sundance Film Institute, The Whickers, Topic, Museum of Moving Image, Time Studios, VeeR, PHI Centre and Diversion cinema among others.

“I’m incredibly excited about the film and new media projects we’ve selected for IDFA Forum. The ingenuity of filmmaker teams developing unique and cinematic projects, despite an ongoing pandemic, is truly a hopeful sign for the future of creative documentary,” said Adriek van Nieuwenhuijzen, head of IDFA Industry, in a statement. “We found promising and inspiring collaborations between directors and producers that cut across cultures and borders. In light of such collaboration, I feel there is no better time to launch the Producers Connection at the Forum, an intimate breeding ground for projects in the right stage to forge strong international partnerships and enter into fair coproductions.”

The full, 62-strong selection can be seen at this link. Here are some of the selections, broken down by program:

Highlights of the 23 projects selected for the flagship Forum Pitch include Tatiana Huezo’s The Echo, focusing on life in a tiny mountain village. Nahid Perrson will pitch Son of the Mullah, about the highly-publicized execution of Iranian journalist and activist Rohollah Zam and his daughter’s search for the truth. Nistha Jain brings Farming the Revolution (pictured) which explores the ongoing protests of Indian farmers against the corporatization of local agriculture.

Mads BrÃ¼gger will pitch Who Killed Thomas Sankara?, an investigation into the 1987 murder of the former president of Burkina Faso, revered as the “African Che Guevara.” Maia Lekow and Christopher King return to IDFA Forum with Untitled Kenyan Politics Project, which boasts unprecedented access into a female-led, grassroots political campaign in Kenya’s conservative Lamu region.

Also bound for Forum Pitch is La Casa, the new creative project from Bettina Perut and IvÃ¡n Osnovikoff, which explores a Santiago household as a social revolt and COVID lockdown rattle the streets. In Orlando: My Political Biography, philosopher Paul B. Preciado turns to essay filmmaking for a manifesto for gender freedom that takes cues from Virginia Woolf’s literary protagonist.

Other selected pitch projects include Bride in Search of Happiness from emerging director Tea VidoviÄ‡ Dalipi, a portrait of a Croatian Roma couple navigating parenthood amidst culturally disparate societies. Pasquale Remia’s debut feature, Per tua colpa (For All My Sins) explores ancient folk rituals in Southern Italy that persist despite a disappearing peasant culture. Another debut is Viv Li’s The Two Mountains Weighing Down My Chest, a personal exploration of the filmmaker’s sexual and cultural identity in the context of gendered Chinese culture.

The inaugural edition of the Producers Connection is designed to foster international coproductions. The tailored professional platform, catering to both established producers and newcomers, will see two days of meetings between 15 projects and 70 attending producers via short presentations and curated one-on-one meetings.

Among the standout projects are New Life, from Russian director Alexander Kuznetsov and French producer Rebecca Houzel, about the next chapter in the life of Kuznetsov’s long-documented protagonists. Sector Quicksand sees Indian director Abhay Kumar team with South Korean producer Heejung Oh to make a film about Chandigarh, the metropolis designed by Le Corbusier. Dream of Grape Gardens unites Afghan director Sahra Mani with Philippine producer Alemberg Ang for a personal project about surviving exile through filmmaking. Elsewhere, projects such as NiÃ±xs by Kani Lapuerta, a coming-of-age portrait of a young child with a fluid gender identity, speak to a new generation of documentary film.

Seven projects have been chosen for this year’s Rough Cut Presentations. Notable titles include The Mother of All Lies from Asmae El Moudir, which sees the young director returning to her parents’ home to unravel a history of silencing within her own family and wider Moroccan society, and Brotherhood by Hanka Nobis, a deep dive into the growing alt-right movement in Poland. Meanwhile, The Flag by Joseph Paris looks at the aftermath of the 2015 Paris attacks, exploring the decline of civil liberties as local media and politics continue othering Arab and African communities.

Among the selected projects are Liberty City VR by Katja Esson and Shannon Sea, about Miami’s iconic African American neighborhood and encroaching gentrification. Director Michaela French will present In Here, Out There, a real-time full dome documentary that uses breath, light and sound to erase the boundaries between the body and the surrounding audio-visual ecology. Director OndÅ™ej Moravec will pitch the interactive VR documentary Darkening, on the potential of vocalizations to cope with depression, and artist Alexander Luna will pitch Yuraq Janka – Cordillera Blanca, an augmented reality project in which users meet the guardians of the world’s largest ice-covered tropical mountain range.

In addition to the 13 projects chosen for the DocLab Forum, the market also welcomes four projects from the IDFA DocLab Research & Development Program, supporting them in their search for international collaborations by arranging meetings with curators, distributors, exhibition platforms, funds, and XR producers. Among the selected R&D projects are Kaspar, the latest doc from Piotr Winiewicz and producer Mads Damsbo for MAKROPOL; and Emperor, the room-scale VR piece directed by Marion Burger and Ilan Cohen and produced by Oriane Hurard for Atlas V.