PBS has slated an August 30 premiere for Rise of the Bolsonaros, a newÂ feature documentary from the BBC Studios Documentary Unit that profiles controversial, hard-right-wing Brazilian president Jair Bolsonaro and ... 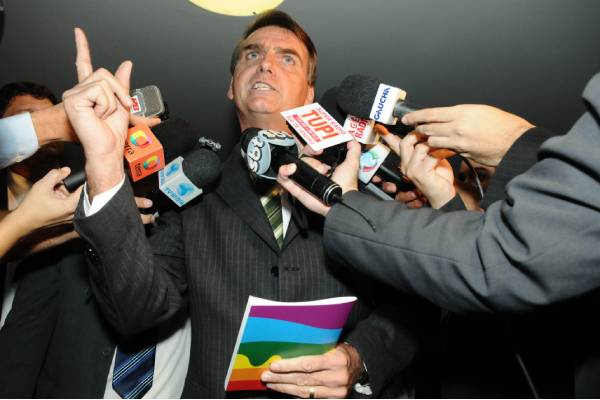 PBS has slated an August 30 premiere for Rise of the Bolsonaros, a newÂ feature documentary from the BBC Studios Documentary Unit that profiles controversial, hard-right-wing Brazilian president Jair Bolsonaro and his three sons, who have served as his closest advisors since he took power in 2018.

Entering politics in 1991 after spending several years in the army, Bolsonaro (pictured) staked himself out as an unabashed militarist and champion of “family values,” in contrast to the general liberalization of Brazilian society thatÂ was set in motion with the end of military rule in 1985.

Since winning the presidency in 2018 — in a campaign that mirroredÂ Donald Trump’s in the 2016 U.S. election, in its mobilization of online trolls and alleged spread of misinformation via social media — Bolsonaro has ramped up his rhetoric against leftists, played to his base through the advancement of openly homophobic and misogynist views, and enacted a “pro-business” agenda that has seen a hard-line restriction of Indigenous rights and acceleration of the deforestation of the Amazon.

The film will make its U.S. premiere on PBS in advance of the October election that will pit the incumbent Bolsonaro against former two-time president Luiz InÃ¡cio Lula da Silva, whose candidacy in the 2018 race was mooted after federal judge SÃ©rgio Moro — who shortly thereafter became justice minister in Bolsonaro’s administration — sentenced him to 12 years in prison on corruption charges (a decision that was annulled by Brazil’s Supreme Court in April 2021).

Rise of the Bolsonaros was commissioned from the BBC Studios Documentary Unit for BBC Two by Patrick HollandÂ and Jack Bootle. Ricardo Pollack is executive producer, while Raquel Toniolo serves as series producer. Richard Max is edit director, and the series director is Matt Hill. For PBS, Diana El-OstaÂ is the executive in charge.