ï»¿Sunny Side ’20: Bringing the youth demographic to the history genre

Broadcasters and producers alike have made several efforts — some more successful than others — to draw the traditionally difficult Gen Z and millennial demographic to the history genre, where ... 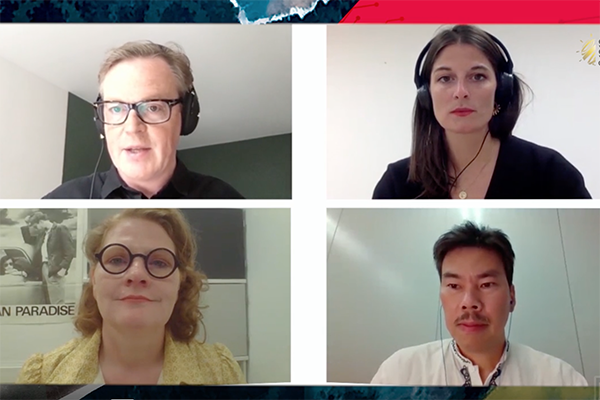 Broadcasters and producers alike have made several efforts — some more successful than others — to draw the traditionally difficult Gen Z and millennial demographic to the history genre, where viewership tends to skew older and male.

The issue was the focal point for a panel of international industry executives during the “How to Make History Programs for a Young Audience?” discussion on day two of the digital edition of Sunny Side of the Doc.

The session was coproduced by Sunny Side organizers and Swedish organization M:brane, which facilitates financing for content for young audiences.

Up first was France TÃ©lÃ©visions’ archive-basedÂ The Great Explanation, now in its third season. The youth-skewing documentary web series utilizes archive materials exclusively to provide an overall view of the largest events that marked history, in less than five minutes.

“I wanted it to be catchy and very rhythmic and modern because it’s aimed at teenagers and young adults,” saysÂ author and director Flore-Anne D’arcimoles (top right) of French radio and television audiovisual archive company INA.

And it seems to be hitting its mark with young audiences, having racked up more than three million views across social media networks including Facebook, Twitter and Instagram, in addition to being broadcast on the French public broadcaster.

Episodes have covered such topics as the civil unrest that occurred over the course of seven weeks throughout France in May 1968, theÂ fall of the Berlin Wall,Â the atomic bombings of Hiroshima and Nagasaki that effectively ended World War II, the assassination of Martin Luther King, Jr., the legacy of Nelson Mandela andÂ women’s suffrage.

“The challenge for me was to carefully choose the right information because in five minutes obviously you can’t tell everything. It’s a small time to tell pretty big stories,”Â D’arcimoles explains. “I want to help [young audiences] process and understand this huge amount of information to get the big picture, to push them to go further and to learn some more.”

The conversation then shifted focus toÂ My Child Lebensborn, a story-driven “nurture game” about the child of an enemy soldier growing up in post-WWII Norway.

“The motivation behindÂ My Child LebensbornÂ is [to highlight] children born of enemy soldiers and occupied women in conflicts of war the world over,” explainsÂ Elin FestÃ¸y (bottom left), a producer at experimental Norwegian prodco Teknopilot.

Players of the game, she says, must adopt a young “Lebensborn” child in Norway following the Second World War, parenting the child as it grows up in a “hostile and hateful” environment.

“In Norway, we have a group of children – between 10,000 and 12,000 – from WWII called the Lebensborn children, and they’ve been treated horribly by Norwegians,” FestÃ¸y notes. “Even now in their mid-70s they get called words from people mostly of their own age. It’s a very shameful part of our history.”

As a result, FestÃ¸y andÂ TeknopilotÂ created the mobile documentary game in order to shed light on the “true story” of what happened to Norway’s Lebensborn children.

“We wanted to show our audience that the victors are punishing children after the war is over for being symbols of the enemy,” she says.

Despite the relatively dark gameplay that follows throughout its story,Â My Child LebensbornÂ has resonated with youth across the globe because the company took into consideration Gen Z’s media habits, meeting them on platforms where they congregate to ensure that the end product was “relevant to their situation” and connected with them on an emotional level.

“For us, animation was really helpful,” FestÃ¸y says.

“We came up with an idea: what if we pick up everyday life of everyday people as a theme? Then youngsters may feel sympathy and take much more interest,” says Kasuga. “Our strategy was to combine two things loved by youth: animation and SNS (social networking services).”

NHK’sÂ solution, he says, was to ask to meet young audiences on social mediaÂ platformsÂ to become storytellers of their own histories. The end result saw more than 1,000 such stories shared on Twitter.

The Japanese broadcaster then utilized the brand recognition of Suzu-san, the female character of a “mega hit” anime filmÂ In This Corner of the World, to bring those personal stories to life.

“We’ve found that many youngsters have been willing to become storytellers of their history,” notes Kasuga. “We learned that youngsters love personal connection.”