Irish broadcasters RTÉ and BBC1 Northern Ireland are launching a gardening series with garden designer and television personality Diarmuid Gavin. The six-part Gardening Together with Diarmuid Gavin will follow Gavin direct from his ... 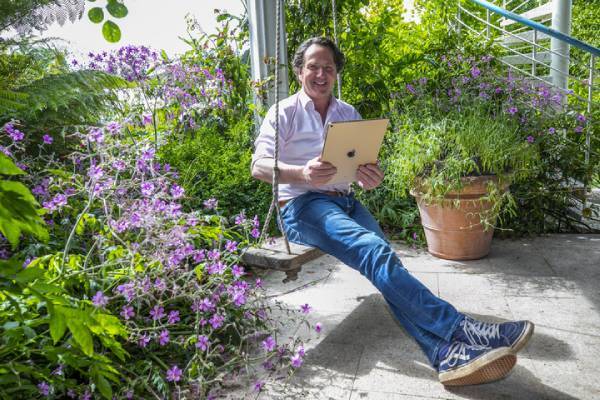 The six-part Gardening Together with Diarmuid Gavin will follow Gavin direct from his own garden sanctuary as he helps enthusiastic gardeners — from novices to seasoned green thumbs — by offering advice, planting suggestions and bringing in tips from horticultural experts.

The quick-turnaround series aims to reflect how many people in Ireland have turned to gardening during the COVID-19 pandemic.

Gardening Together with Diarmuid Gavin is produced by Waddell Media, with Lee Salisbury serving as series producer.

RTÉ One premiered the series on July 17, while BBC1 in Northern Ireland premieres it today (July 20).

“The idea for this series was born out of lockdown; not only were people spending more time in their gardens, but it was also a series that I knew we could film and deliver safely at this time, creating much needed work for our amazing team when so many other productions had to be put into hiatus,” said Jannine Waddell, managing director of Waddell Media, in a statement.

“It’s been so rewarding to join with gardening friends to get the country growing again,” said Gavin. “From city plots to rural plains, we have cajoled and encouraged a new band of gardeners to come together to inspire and delight.”