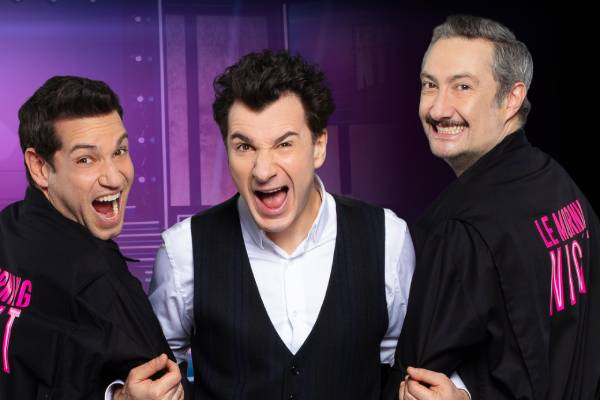 The show (pictured) was developed and produced by WeMake and Princesse Béli, first launching March 19, 2020 on broadcaster M6 in France.

In each episode, two celebrity teams go head-to-head to compete in a variety of challenges — from performing karaoke with “alternate” lyrics to screening awkward videos without laughing.

The winning entertainer of each episode will get some valuable airtime immediately after the show.

“The Big Crazy Game Night is a fun and modern comedy-game show. This co-viewing format is definitely appealing to all target groups. We are thrilled to see our format travel to the U.S. and launch this new chapter with Scott Lonker and his amazing team,” WeMake founder Bouchra Réjani said in a statement.

WeMake, founded in 2017, produces original scripted and unscripted content across all platforms for both international and French markets.