A wide selection of documentary and non-fiction titles will be launched at this year’s hybrid MIPCOM event, which runs Oct. 12-15. Realscreen presents the second installment of our three-part roundup ... 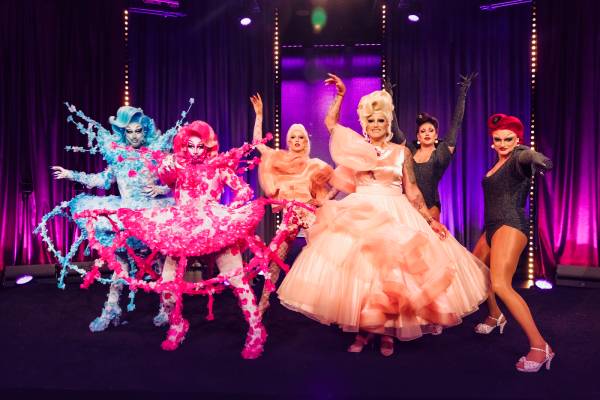 A wide selection of documentary and non-fiction titles will be launched at this year’s hybrid MIPCOM event, which runs Oct. 12-15. Realscreen presents the second installment of our three-part roundup of titles being shopped at MIPCOM 2021. You can read part one here.

AUTENTIC DISTRIBUTION
The German distributor brings a mix of natural history, factual entertainment, science and history to the market this year.

Science projects include BioNTech: Project Lightspeed (52 minutes), which explores one of the companies behind the biggest vaccine development of our day; and engineering series Colossal Machines (6 x 45 minutes).

BANIJAY
Although the Paris-headquartered company will not have its usual strong presence at this year’s MIPCOM in Cannes, it is highlighting several entertainment formats and a new docuseries as part of its autumn offering to international broadcasters.

Formats include Starstruck from UK Banijay-owned prodco Remarkable Television for ITV, in which ordinary members of the public, teamed as trios, perform live as their favourite superstars. Also on the format slate is Drag Me Out (pictured) from Mastiff Denmark, Banijay’s entry into the ever-growing drag-centric collection of content, in which a “recurring posse of legendary drag artists compete to create fabulous personas for well-known celebrities.”

Domino Challenge, meanwhile, hails from Endemol Shine North America, Endemol France and Endemol Shine Netherlands, and features domino duos competing to build eye-popping creations. UK prodco Zeppotron brings One Night Inâ€¦ to the mix, a format originally for Channel 4 in which comedians “run wild for one night in an iconic location, with no other visitors around.”

Shop Well for the Planet? comes from RDF West for BBC One and BBC iPlayer, and is an extension of the Shop Well franchise, with experts helping families try to shop better for the planet while hopefully saving some money along the way.

Lastly, on the docuseries front, U.S. prodco Stephen David Entertainment brings Titans: The Rise of Wall Street, for CuriosityStream, to market, The eight-parter explores the role that American high finance has played in shaping global events.

The Greatest of All Time with Photographer Walter Iooss (3 x 60 minutes, Kaufman Films for ESPN) celebrates the greatest athletes of the past 50 years through the work of the renowned American sports photographer. On the automotive front, Richard Hammond’s Workshop (6 x 60 minutes, Chimp Productions and Kremplewood for Discovery+, UK and Eire) follows the former Top GearÂ host and car aficionado as he launches a high-end restoration shop for rare classic cars and motorcycles.

More home content comes in the form of Smart Home Nation (10 x 30 minutes, Efran Films for FYI and Crackle, U.S.), which takes viewers on a tour of the most technologically advanced homes on the planet.

RAICOM
The distribution arm of Italy’s Rai has several doc projects available for international broadcasters. Docuseries include Corps de Ballet. The Giselle Adventure at La Scala Theater (12 x 25 minutes), which goes behind the scenes with one of the world’s most iconic dance companies. Mafia is Cose Nostre (8 x 50 minutes) looks at journalists, public officials and others who have combatted forces of organized crime.

The Human Factor (6 x 50 minutes), meanwhile, explores human rights abuses through the work of a group of reporters and filmmakers, and biographical doc If This Is a Man (92 minutes) tells the story of Jewish chemist, writer and Holocaust survivor Primo Levi.

New factual entertainment programming includes Down for Love (3 x 60 minutes) from Attitude Pictures which follows six people living with Down syndrome who are looking for love relationships. TVFI will also be shopping format rights. Meanwhile, To the Rescue (22 x 21 minutes) from Tommy Habeeb Enterprises explores how foster families find at-risk dogs to bring into their homes.

ZDF ENTERPRISES
The distribution and sales arm of the German public broadcaster has a mix of entertainment, natural history and engineering within the new content it’s bringing to MIPCOM.

Natural history projects include Rescued Chimpanzees of the Congo with Jane Goodall (5 x 50 minutes) from Off the Fence Productions with the support of the Jane Goodall Institute for Curiosity Stream in association with ZDF Enterprises. Filmed over 30 years, it follows the renowned primatologist on her mission to create the largest chimp sanctuary in Africa. Also, ZDFE has on its natural history slate Underworld (5 x 50 minutes), a cave exploration series shot in five international locations. It also hails from Off The Fence for Curiosity Stream in coproduction with ZDF Enterprises and Youku, in association with Wingsight.